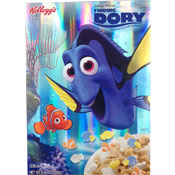 
The complete name of this product is Kellogg's Disney Pixar Finding Dory Cereal. It's described on the front of the box as simply "sweetened cereal with marshmallows." It began appearing in stores in January 2016, six months before the scheduled June theatrical release of Finding Dory the movie. 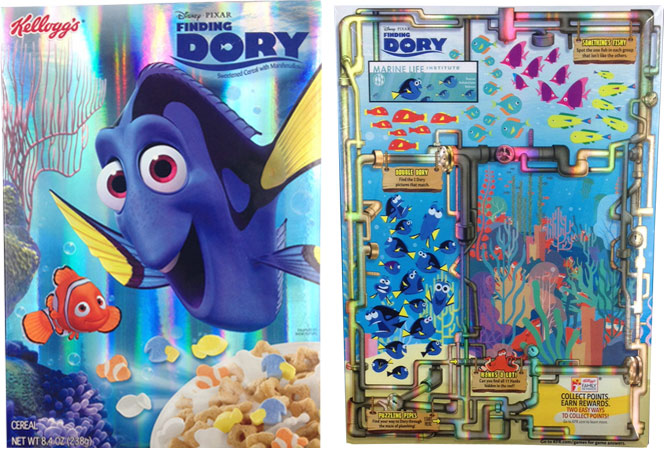 In 2003, Kellogg's produced Finding Nemo Cereal to coincide with the release of the original movie. So Finding Dory Cereal could be considered a sequel to that cereal.

Finding Dory Cereal features marshmallows shaped and colored like the characters Dory and Nemo, plus two other white and yellow fish shapes.

The back of the initial box features an activity panel called "Marine Life Institute" with 4 different games.

Now Showing: Finding Dory Movie Trailer
Upload an image for this cereal
Comments About This Cereal
What do you think of Finding Dory?

It was just okay. Lucky Charms was (still is) better.