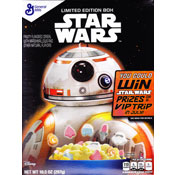 
On May 4, 2015 (known to Star Wars fans as "May The 4th Be With You" Day), General Mills announced on their official blog that they would release a new limited edition Star Wars cereal. We saw the cereal first appear in stores on June 9th. Simply named Star Wars, the cereal consists of fruit-flavored corn puffs shaped like X-wings and Tie Fighters and marshmallows shaped like R2D2, Yoda, lightsabers, Jedi Starfighters and Stormtroopers.

The boxes unleashed in June feature Darth Vader and Yoda. It appears from General Mills press materials containing the tagline "choose your side" that the two boxes represent the two sides of the Force with Yoda representing the light side and Darth Vader playing for the dark side - as would be expected.

The following images are from General Mills press materials announcing the upcoming cereal:

Here are scans of the front and back of the cereal boxes introduced in June 2015: 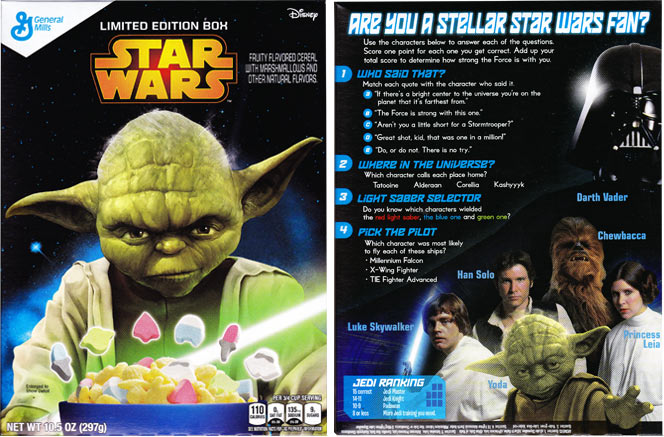 2015 Star Wars Cereal Featuring Yoda on the front and a quiz called "Are you a stellar Star Wars Fan?" on the back. 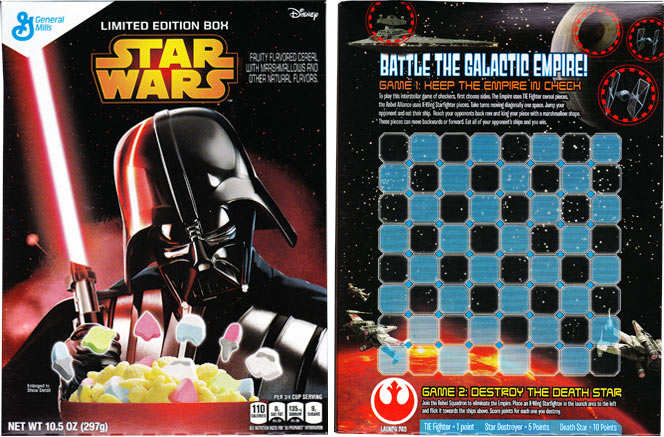 2015 Star Wars Cereal Featuring Darth Vader on the front and a checkers-style game called "Battle the Galactic Empire" on the back.

In the U.K. in March 2015, a different Star Wars cereal was introduced by Kellogg's. That cereal featured a double-sided box with R2D2 on one side and Darth Vader on the other. The cereal itself consisted of "chocolate flavored wheat, wholewheat and rice cereal" shaped like moons and stars. The cereal box included the tagline "a new force at breakfast!" 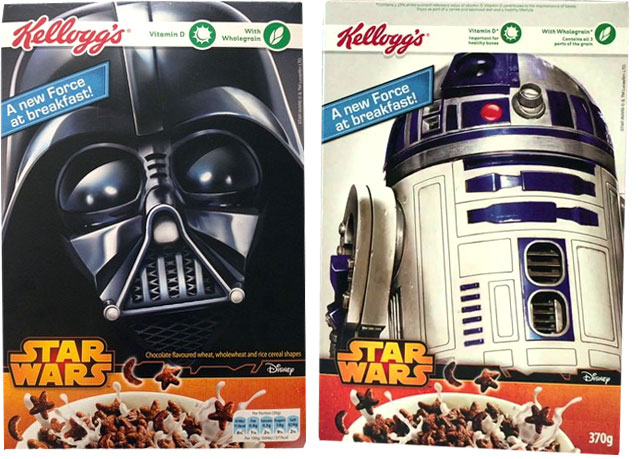 These are the cereal boxes introduced by General Mills in the U.S. upon the film's release in December 2015: 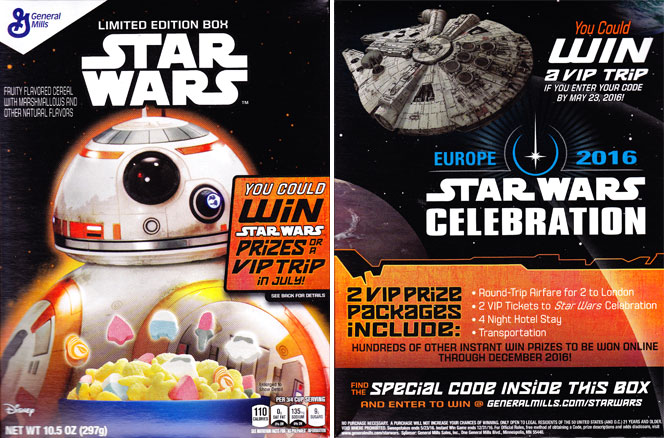 2015 Star Wars Cereal Featuring BB-8 on the front and a chance to win a VIP trip to the Europe 2016 Star Wars Celebration on the back. 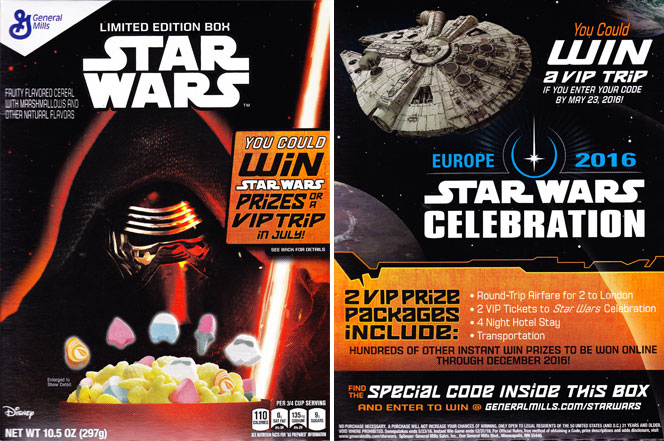 2015 Star Wars Cereal Featuring Kylo Ren on the front and a chance to win a VIP trip to the Europe 2016 Star Wars Celebration on the back. 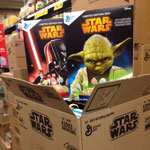 Submitter: Mr Breakfast
Uploaded: 6/9/2015
Additional details
Upload an image for this cereal
Comments About This Cereal
What do you think of Star Wars?

I love this cereal! Hope it sticks around.

I don't care for the flavor at all. It is not a good cereal.

Yummy cereal! People have described Kaboom cereal as Berry Berry Kix or Fruity Cheerios with marbits... and that's exactly what this cereal tastes like. Is it Kaboomish?