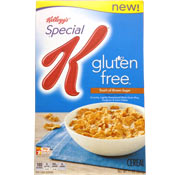 
The complete name of this cereal is Special K Touch of Brown Sugar Gluten Free Cereal. It's described on the front of the box as "naturally flavored, crunchy, lightly sweetened multi-grain rice, sorghum & corn flakes."

The back of the introductory box announced that it has a "great taste & satisfying crunch!" with the text, "Introducing Kellogg's Special K gluten free. With a touch of brown sugar, our crunchy multi-grain flakes are specially formulated to be deliciously gluten free." 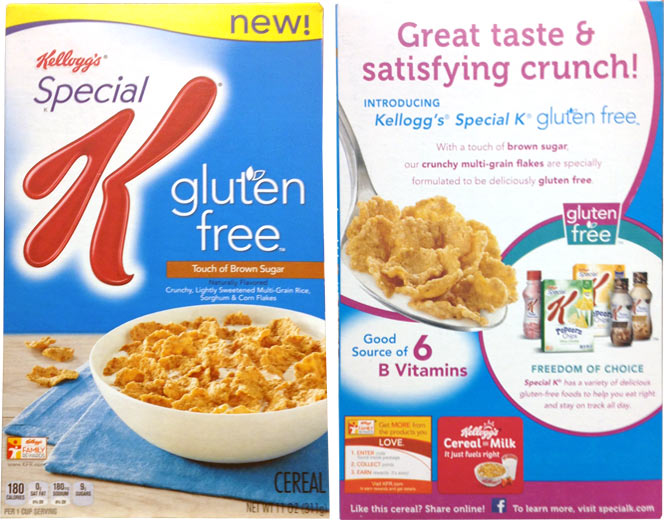 When the cereal was announced in November of 2014, Kellogg's described it as follows in a press release:

"Special K Gluten Free cereal features delicious multi-grain flakes (corn, sorghum and rice) with a touch of brown sugar. It is a delicious option for people who are managing their weight, while also providing a good source of fiber which people who are avoiding gluten may lack in their diets."

Upload an image for this cereal
Comments About This Cereal
What do you think of Special K Gluten Free?

I can't find it in the stores anymore. Bummed.

Please start distributing this to California. We bought it while in New Zealand and cannot find it in California.

I was recently diagnosed with Celiac Disease and must be on a Gluten Free diet. It was recommended to me that Special K, Gluten free cereal is the one to buy. I live in Illinois and have been the three grocery stores (Walmart, Jewel and Meier) and I have yet to find Special K Gluten Free cereal. If it's been out since 2014, why isn't it prominently sold in retailers?

My favorite gluten-free 'additive'... a good, light sweetness with a satisfying crunch, texture, and taste. A deliciously unique flake cereal... pretty healthy, too!

This is probably our favorite gluten free cereal. It has the highest fiber content of most gluten free cereals and tastes great. It stays crunchy and is just delicious. It is becoming harder to find at local food stores though, which is disappointing.