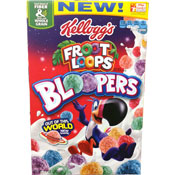 
This cereal is described on the box as a "sweetened multi-grain cereal" with an "out of this world new shape!" In fact, the shape isn't really that new... it's round like a ball. Like traditional Froot Loops, the cereal is very colorful with blue, purple, green, yellow, red and orange pieces. It's very similar in appearance to a cereal from Quaker from 1997 called Cap'n Crunch’s Oops! All Berries.

On the box, the cereal pieces are shown as planets or meteors. An activity panel on the back urges young consumers to "join Toucan Sam & his nephews as they discover the unexpected new shape of Froot Loop Bloopers." 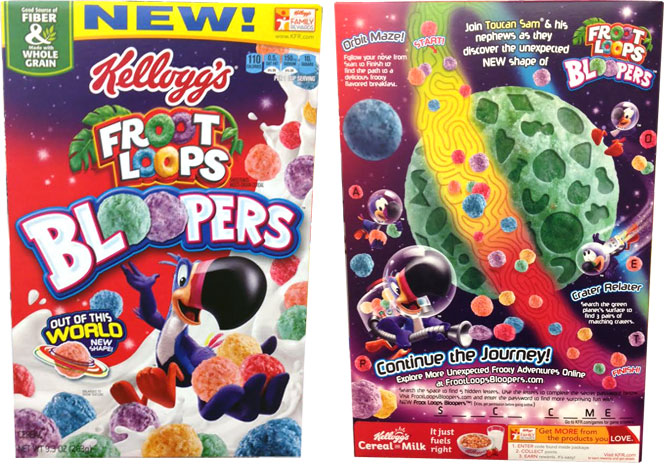 According to a press release from Kellogg's, "Parents will love new Froot Loops Bloopers cereal because it provides a good source of fiber, is made with whole grain, and has 10 grams of sugar per 28 g serving. It also has the fruity taste, and aroma that kids love."

Upload an image for this cereal
Comments About This Cereal
What do you think of Froot Loop Bloopers?

I actually loved this cereal. I always liked Froot Loops, but this was like Froot Loops with a more interesting texture.