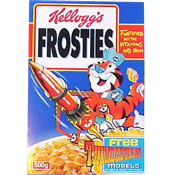 
Frosties are Kellogg's Frosted Flakes in the U.K. 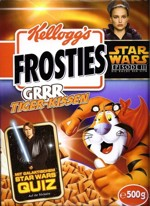 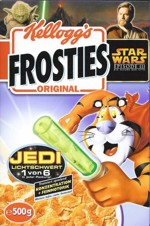 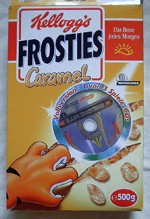 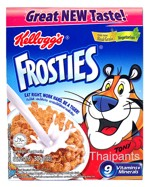 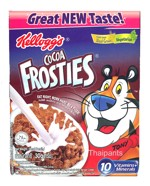 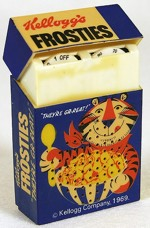 Submitter: jeffrey
Uploaded: 10/14/2010
Additional details
Upload an image for this cereal
Comments About This Cereal
What do you think of Frosties?

I have a Frosties radio and wanted to now how much they would be worth today and a bit more info about it. Can anyone here help?