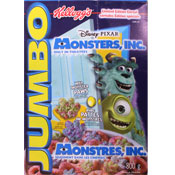 
This limited edition cereal was primarily available in Canada. The complete name of the product was Kellogg's Disney Pixar Monsters, Inc. cereal. The cereal pieces were fruity loops and crunchy "monster paws." It was described on the front of the box as a "crunchy, sweetened corn, wheat and whole oat cereal."

The cereal was a tie-in for the 2001 animated feature Monsters, Inc.. The two characters on the front of the box were monsters named Mike And Sully. The cereal stuck around long enough to be used to promote the video and DVD release of Monsters, Inc. in 2004. 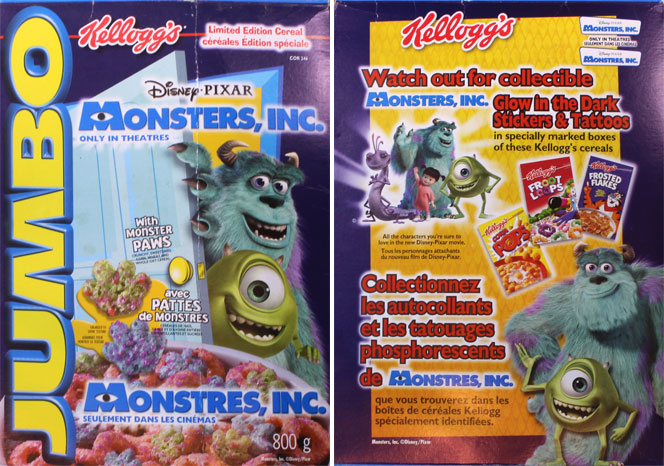 The side of one of the first boxes had the following text describing the movie:

"In Theaters November 2001. Monster's, Inc. will give you and your family a 'behind the screams' look at the world of monsters. It follows the adventures of two lovable monsters as they struggle to hide a little girl who accidentally sneaks into their world, where contact with humans is strictly forbidden. Watch it in theaters!" 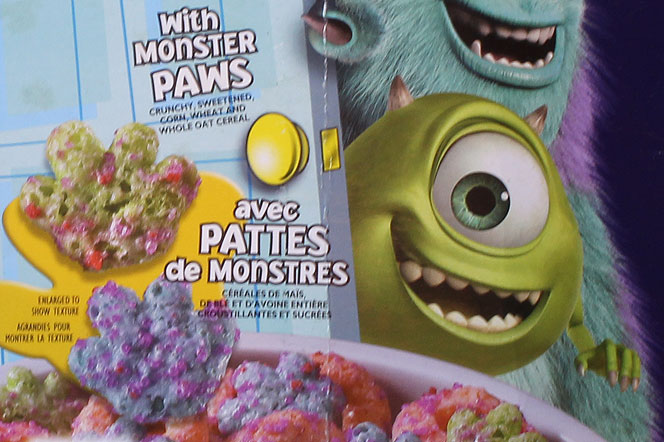 The back of one of the later boxes gave the following description of the product:

"Monstrously Fun For The Whole Family! Grab a box of this Kellogg's Limited Edition Cereal, Monsters, Inc. that features monster paws and crunchy, sweetened rice (or possibly corn), wheat and whole oat cereal and enjoy monster-sized fun with Monsters, Inc. on video or DVD. This movie from the makers of Toy Story is bound to have your whole family screaming with laughter." 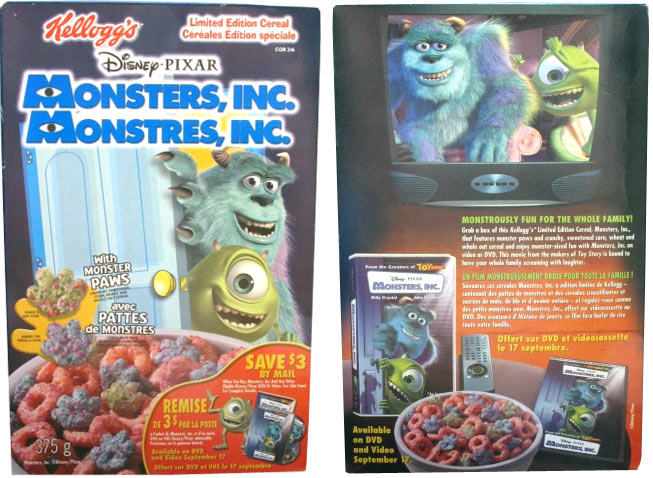 In 2013, Mike and Sully again appeared on a Kellogg's cereal box - this time for Monsters University cereal, a tie-in for the Monster, Inc. sequel. This time, the new cereal was available in the U.S.


Click here to see all cereals from Kellogg's.
This cereal belongs to the following Mr Breakfast Cereal Families:
Upload an image for this cereal
Comments About This Cereal
What do you think of Monsters, Inc.?

This was my ultimate favorite cereal when I was 13! I'm 24 now and still remember it. I wish I had a bowl now!