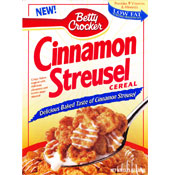 This cereal was introduced by General Mills at the same time as another Betty Crocker branded cereal... Dutch Apple Cereal. A double-pack which contained packets of both cereals was available for a short time. 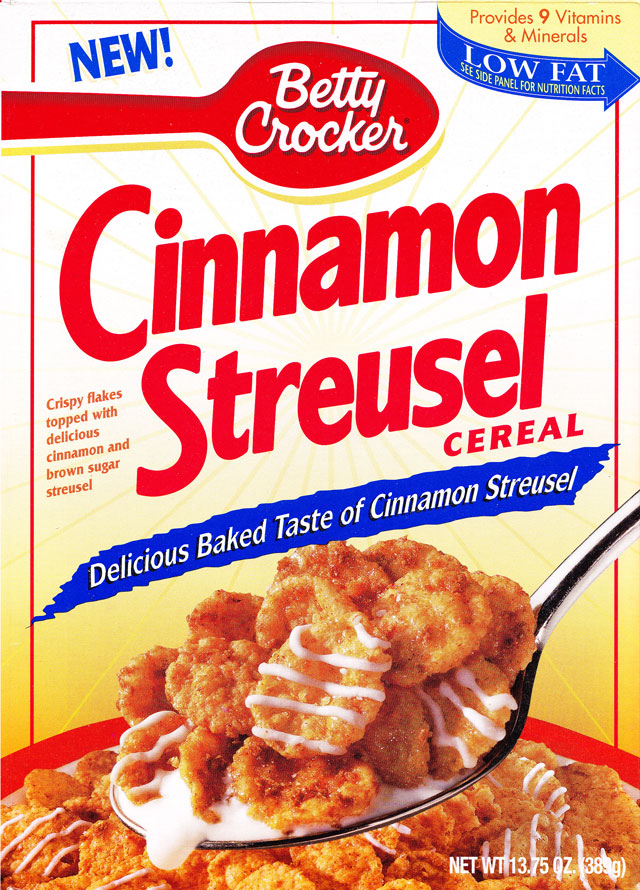 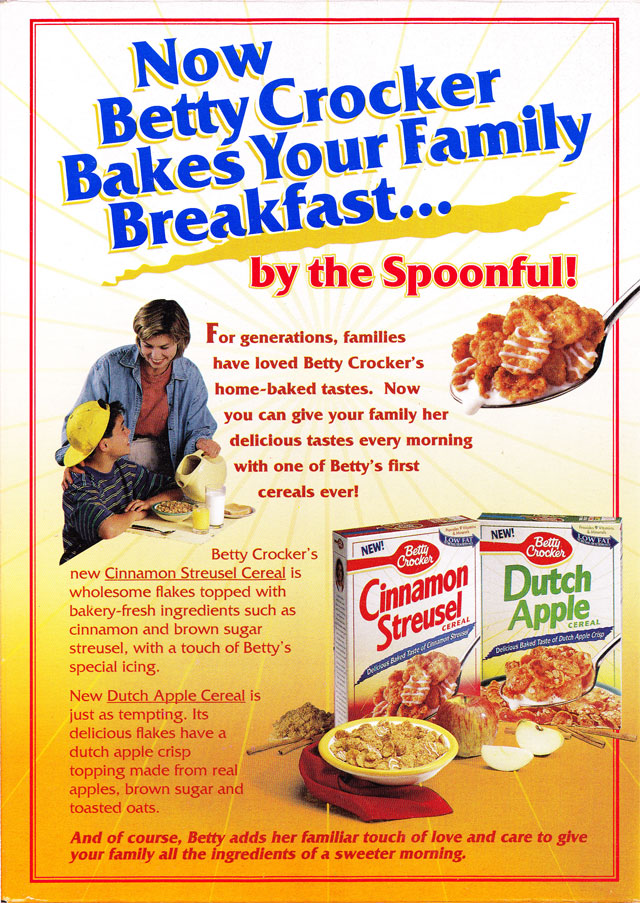 The following description of both Betty Crocker cereals appeared on the back of the cereal box:

Now Betty Crocker Bakes Your Family Breakfast... by the Spoonful!

For generations, families have loved Betty Crocker's home-baked tastes. Now you can give your family her delicious tastes every morning with one of Betty's first cereals ever!

New Dutch Apple Cereal is just as tempting. Its delicious flakes have a dutch apple crisp topping made from real apples, brown sugar and toasted oats.

And of course, Betty adds her familiar touch of love and care to give your family all the ingredients of a sweeter morning. 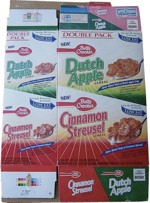 Submitter: jeffrey
Uploaded: 1/16/2011
Additional details
Upload an image for this cereal
Comments About This Cereal
What do you think of Cinnamon Streusel?

By Mike in Denver

One of the best cereals ever (along with the apple version)! I still remember what this tasted like - 20 years later. I put this right up there next to Nerds cereal and the original Cookie Crisp.

I found a commercial on an old video tape for this short-lived product!!