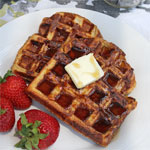 (4 servings)    Printable Version
This is one of my favorite breakfast tricks. It's French toast made in a waffle maker and it's easier to make than either French toast or waffles. This is a version of that emphasizes cinnamon and the overall flavor is fantastic. I appreciated that the amount of egg batter was just right for 8 slices of bread. I served this with some Bacon-Wrapped Breakfast Links when family came to visit and it got thumbs-up all around the breakfast table. If desired, you can make the egg mixture the night before. (This recipe was submitted in 2002. It was tested and photographed in May 2015.) 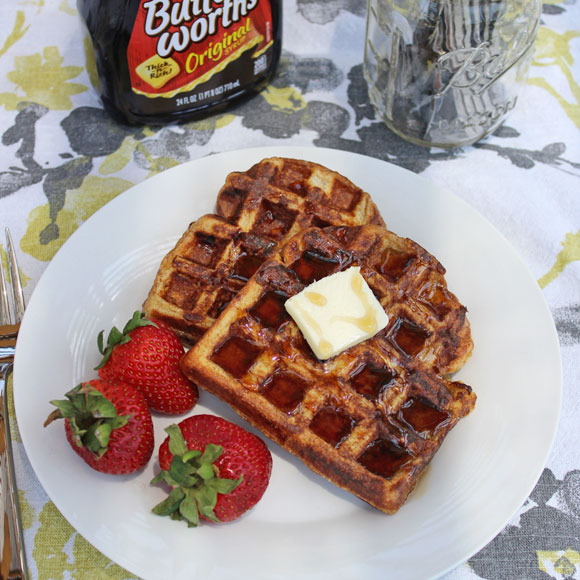 Pre-heat waffle iron while mixing up the following: In a medium-sized bowl, stir together the egg, milk, vanilla, sugar, cinnamon and salt.

Spread butter very thinly over each side bread.

Dip bread into egg mixture, making sure that both sides of the bread are completely soaked.

Place as many slices as will fit - not overlapping onto the waffle iron. Cook on your waffle makers medium-high setting (I use a setting of 4 out of 6).

This recipe can easily be double and tripled. 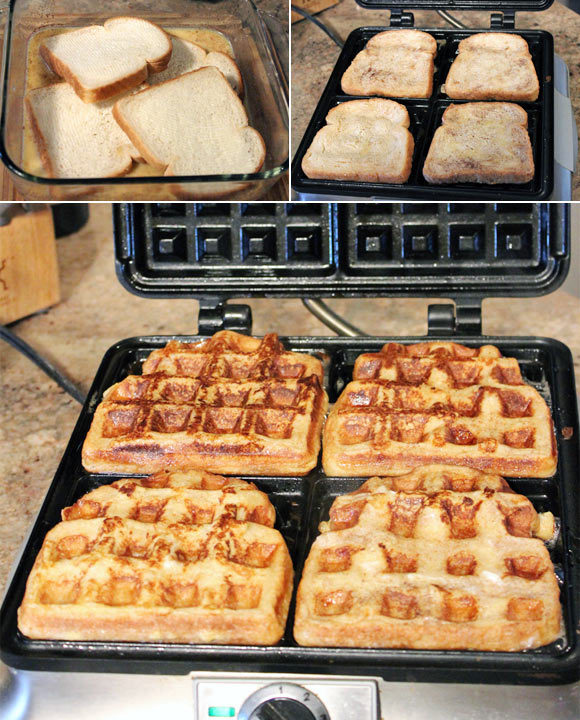 French toast and waffles together! The best of both worlds!


Comments About This Recipe
What do you think of Cinnamon French Toast Waffles?
Overall Average Rating = 5 (out of 5)
Based on 9 votes.

From Mom of 3 boys
Quick and easy. I had all the ingredients at home. The kids liked them!

From PJ Carson
My family has been doing this since I was little. I use whole grain bread these days, but I have to admit the waffles / French toast were better with Wonder bread or white bread. Only change from how we make it is that we at least double the amount of milk.

From Toasty4
I've done this before and it's great. You can use any French Toast recipe and put it in the waffle maker. Pretty fun!

From sperry
My family loves this recipe. I make them ahead and freeze for the kids during the week!!! Thx

From josh
Not the greatest but good enough. Quick, easy, and tasty enough to put into regular breakfast routine. Plus less messy than regular waffles

From ToothFairy (Team Breakfast Member)
This was awesome! I think it will very quickly become a family favorite!

I swear my mom used to do this when i was young! Told her she should have sold them! lol