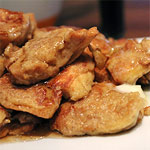 (1 serving)    Printable Version
It looks kind of weird, but this dish is very tasty, super easy and you'll probably want to make it again. For my recipe test, I used a hamburger bun instead of bread heels but kept all other ingredients the same. I think it's funny that the completed dish looks vaguely like orange chicken from a Chinese restaurant. That's good to remember if you want to trick your friends. In the end, this is just French toast prepared a different way. One could argue that it's prepared in a better way as more of the bread gets fried and golden brown. (This recipe was submitted in 2010. It was tested and photographed in January 2016.) 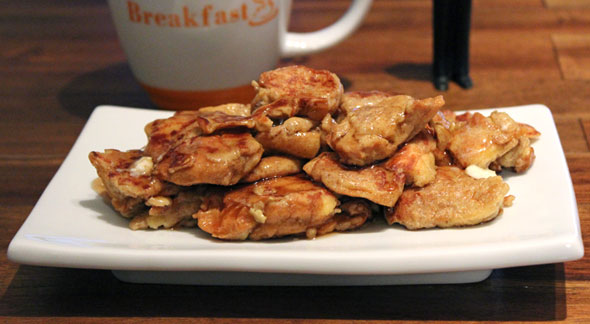 How To Make Scrambled French Toast

Crack the eggs in a bowl and add milk. Whisk the eggs. Tear the slices of bread into pieces and add to the eggs. Add cinnamon, vanilla, and sugar. Whisk one more time, then pour the mixture into a greased skillet over medium-high heat. Stir as it all cooks. 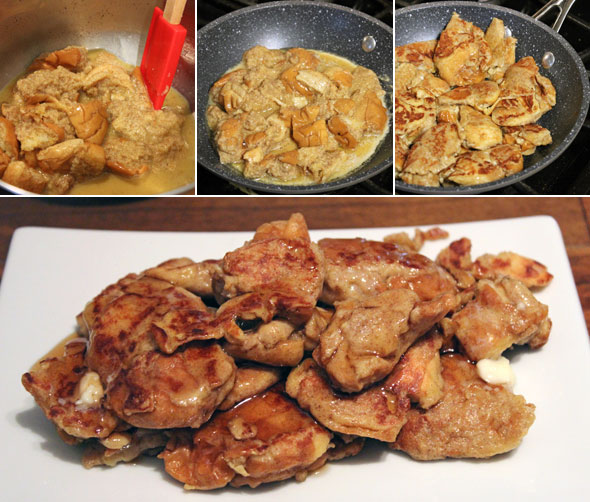 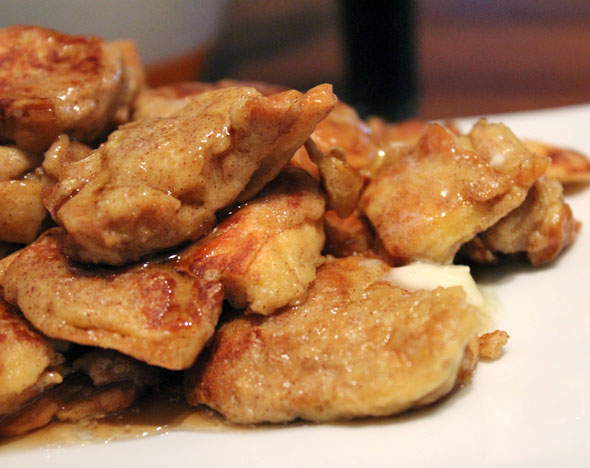 I did this to use up the two ends of my loaf of sandwich bread and it came out absolutely delicious!

Mr Breakfast would like to thank Michellelee for this recipe.


Comments About This Recipe
What do you think of Scrambled French Toast?
Overall Average Rating = 5 (out of 5)
Based on 2 votes.

From KellyGreen (Team Breakfast Member)
I do something like this but I like to saute the bread pieces in butter and separately, mix the eggs with the milk, cinnamon, vanilla, and sugar. When the bread pieces are golden and crispy I pour the egg mixture over them and stir with a spatula until the eggs are set. This tastes even more amazing with a dusting of powdered sugar and a little syrup drizzled over the top.

From ipullgees
I followed the recipe except I used three slices of Ciabatta and only 1/4 tsp of cinnamon and 1/4 tsp of vanilla. Turned out great.