Return to the main page for Cinnamon Toast Crunch
NEXT ▶ 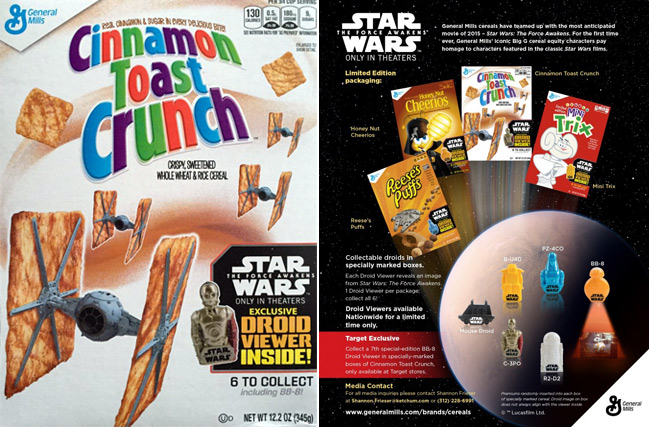 A cool box of Cinnamon Toast Crunch where the cereal pieces are the wings of a Star Wars X-Wing Fighter. It promoted the Star Wars: The Force Awakens movie and had a Droid Viewer toy inside. Beside the box is a promo sheet that General Mills sent out to food bloggers announcing the promotion and showing the other cereals that were part of it.