Return to the main page for Olympic Lucky Charms 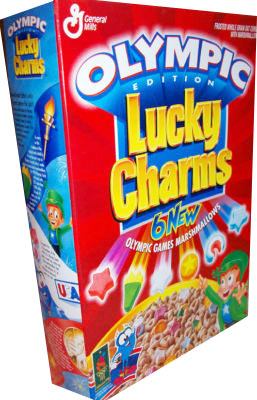 From 1996, a box of General Mills' Olympic Edition Lucky Charms with 6 new Olympic Games Marshmallows. You can just barely make out that weird blue character in the lower left that was the mascot for the 1996 Olympics in Atlanta.