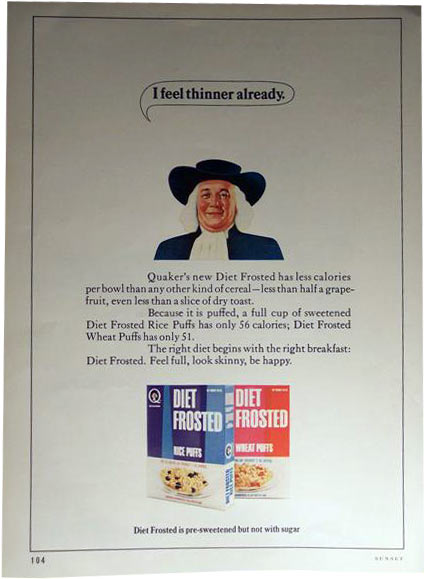 In this magazine ad from 1967, the Quaker Man is saying "I feel thinner already". The rest of the text is "Quaker's new Diet Frosted has less calories per bowl than any other kind of cereal - less than half a grapefruit, even less than a slice of dry toast. Because it is puffed, a full cup of sweetened Diet Frosted Rice Puffs has only 56 calories; Diet Frosted Wheat Puffs has only 51. The right diet begins with the right breakfast: Diet Frosted. Feel Full, look skinny, be happy."