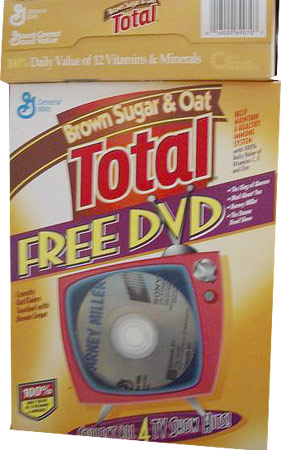 In 2004, General Mills and Sony teamed up to offer DVDs of television shows in specially marked boxes of Total, Total Brown Sugar & Oats, Total Raisin Bran, Oatmeal Crisp Almond and Oatmeal Crisp Raisin cereals. This cereal box contained a "Barney Miller" DVD. The other shows that were available were "The King of Queens," "Mad About You" and "The Donna Reed Show".