Slideshow of images uploaded for Wheat Honeys from Nabisco

Return to the main page for Wheat Honeys
NEXT ▶ 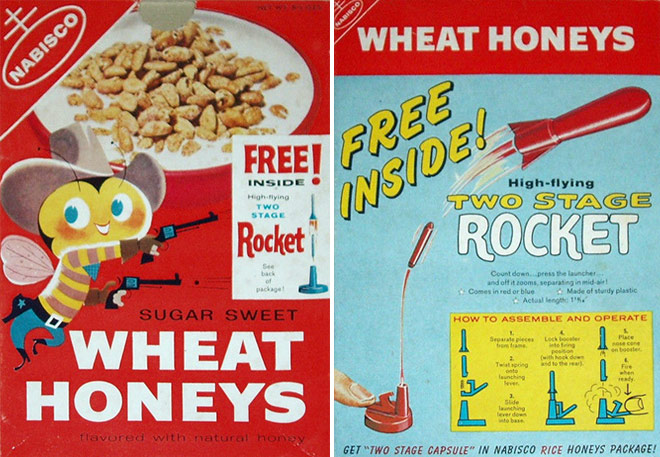 A box of Wheat Honeys cereal from Nabisco from the late 50's or early 60's. Features the character Buffalo Bee on the front and a really cool prize on the back: a high flying two stage rocket. It had a a small spring in the launcher and it would separate into 2 modules in the air.