Slideshow of images uploaded for Rice Honeys from Nabisco

Return to the main page for Rice Honeys
NEXT ▶ 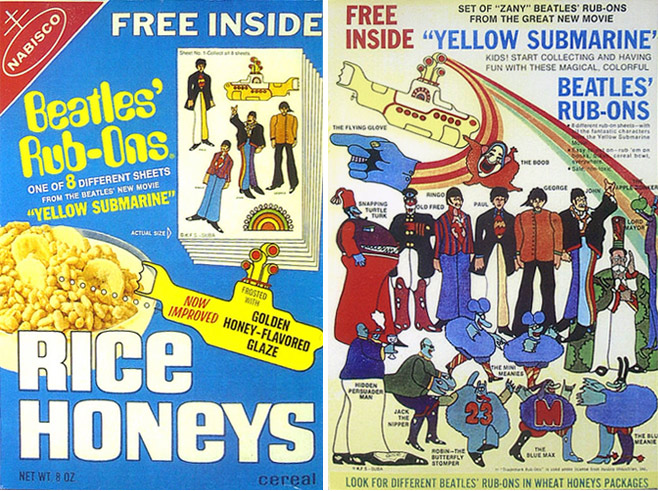 A box of Nabisco Rice Honeys cereal from 1968 with a Beatles "Yellow Submarine" motif. The prize inside was a sheet of Beatles' Rub-Ons - "One of 8 different sheets for the Beatles' New Movie 'Yellow Submarine'". Another Nabisco cereal called Wheat Honeys also featured a Beatles theme and the same prizes. They are considered some of the most valuable cereal boxes ever among cereal box collectors.