Slideshow of images uploaded for Life from Quaker

Return to the main page for Life
NEXT ▶ 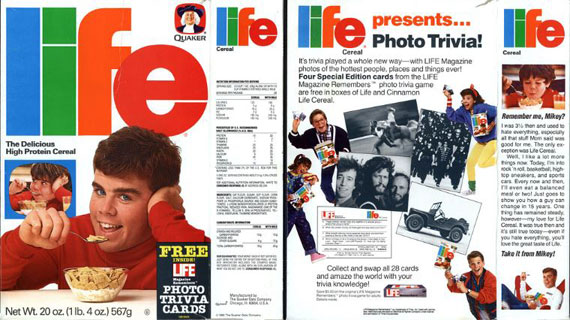 One of the most memorable cereal television commercials of all-time, the "Mikey" Life commercial is a 1970's classic. Due to its' success, it ran on television through most of my formative childhood, so I've always had a soft spot for Mikey, and the pitchman actor who played him, John Gilchrest. As the commercial became a huge success, Gilchrest's Mikey was added to an inset panel on the cereal boxes, and there he remained until the early 80's, when all things 70's were dispensed with. But, as is clear here, it wasn't long before nostalgia brought Mikey back.