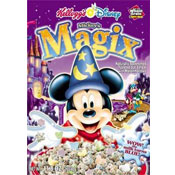 
This cereal was first described on the box as a "naturally sweetened toasted oat cereal with marshmallows - Wow! the milk turns blue!" The initial marshmallows were shaped like stars, moons and Mickey Mouse's head. The main cereal pieces were blue speckled stars with holes in the middle.

The illustration of Mickey Mouse is reminiscent of Mickey's appearance in the "Sorcerer's Apprentice" segment of the 1940 animated film Fantasia. 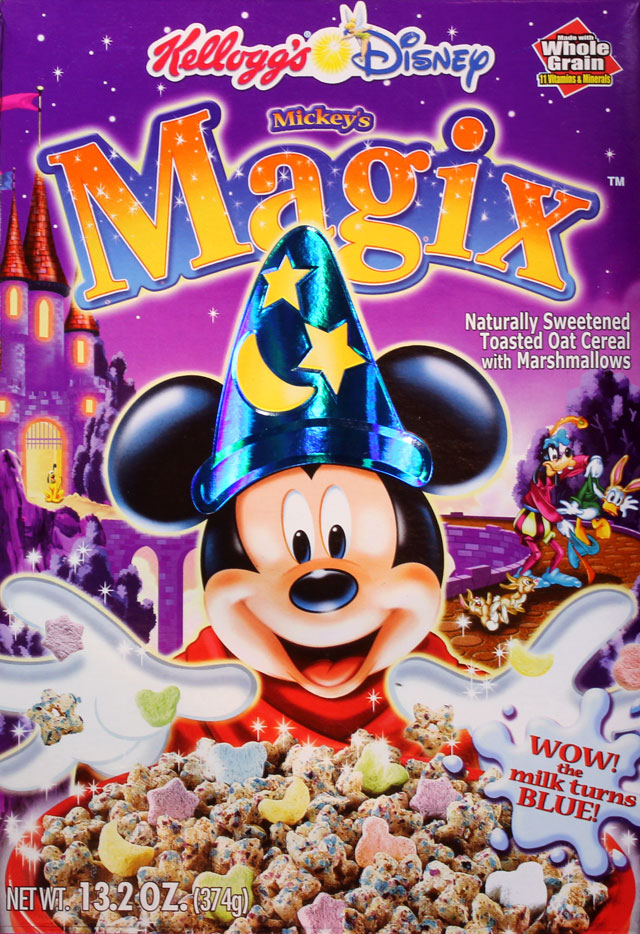 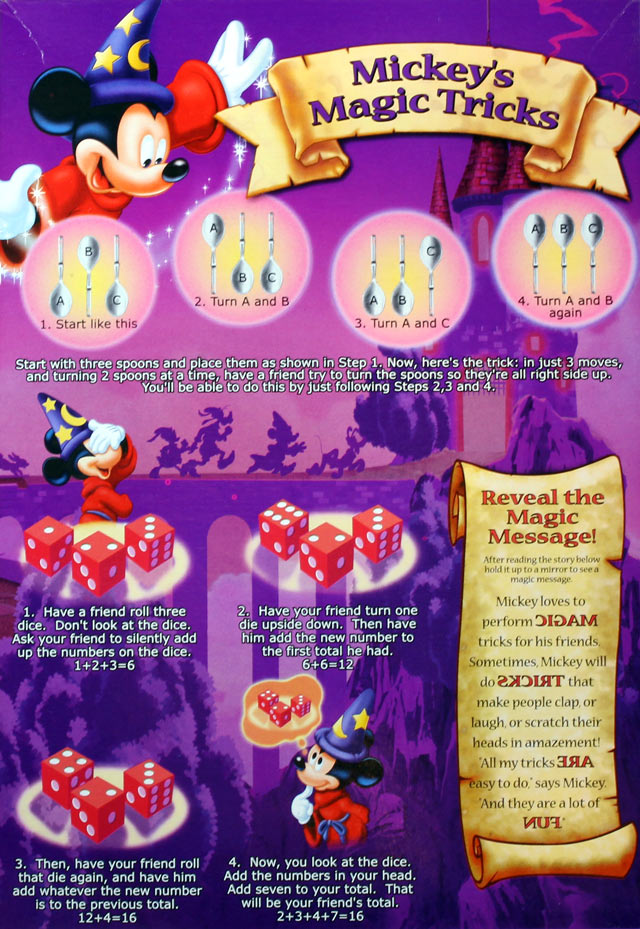 In 2002, Kellogg's and Disney unveiled three cereals at the Disney Store in New York: Mickey's Magix, Hunny Bs and Buzz Blasts. The new cereals were part of a multi-year global relationship between Kellogg and Disney. 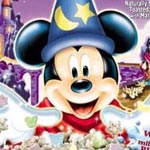 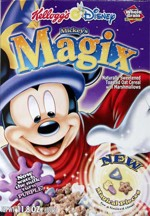 Submitter: Mr Breakfast
Uploaded: 6/13/2008
Additional details
Upload an image for this cereal
Comments About This Cereal
What do you think of Mickey's Magix?

Please bring it back. It was and and will probably always be my favorite.

My son is a Mickey Mouse fanatic! He would go crazy about this product. Please bring it back out in stores!!

I'm from the UK and when I was little, I had this cereal in Florida. I couldn't remember the name of it until now. So happy I found the name of it. Hopefully, I'll be able to buy it online somewhere :D

I loved Mickey's Magix so much. I want it to buy in market again soon.

Looks good, but I'm in Australia so I can't get that here. Such a shame...

I love Mickey Mouse, and I think everyone should too! It's great that they have a Mickey Mouse cereal. I think its going to do very well!

Do they make is anymore?? I need to find it!

If you find it please let everyone know.

I thought this tasted like lucky charms but was better because it turned the milk blue - bluer than blueberry boo berry. Is it still made?