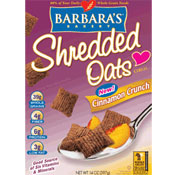 
This is Barbara's Bakery's cinnamon version of their original Shredded Oats Cereal. It's been described on the box as a "good source of 6 vitamins and minerals" providing "77% whole grains... 4g fiber... (and) 6g protein." The cereal pieces are pillow-shaped and look very similar to those found in Quaker's Oat Squares cereal.

In 2013, the name of this cereal was changed to Cinnamon Morning Oat Crunch. 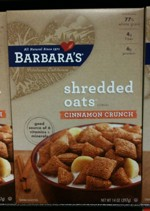 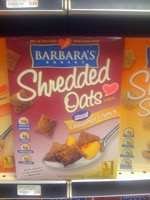 Submitter: Mr Breakfast
Uploaded: 3/5/2009
Additional details
Upload an image for this cereal
Comments About This Cereal
What do you think of Shredded Oats - Cinnamon Crunch?
There are no comments yet for this cereal. Be the first! Was it good? Was it bad?
Do you have information not included in the article? Let the world know!