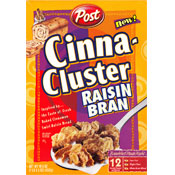 
A 2001 magazine ad described this cereal as "Sweet'n cinnamony - it's your mouth's happiest memory come to life." The front of the box said, "Inspired by... the Taste of Fresh Baked Cinnamon Swirl Bread" and it had a small illustration of a loaf of cinnamon swirl raisin bread.

An article in an April edition of Advertising Age, described how Post introduced the cereal with a $20 million dollar ad campaign aimed at women ages 25 to 54. It described the cereal as "cinnamon-sprinkled raisins and crunchy cinnamon clusters." 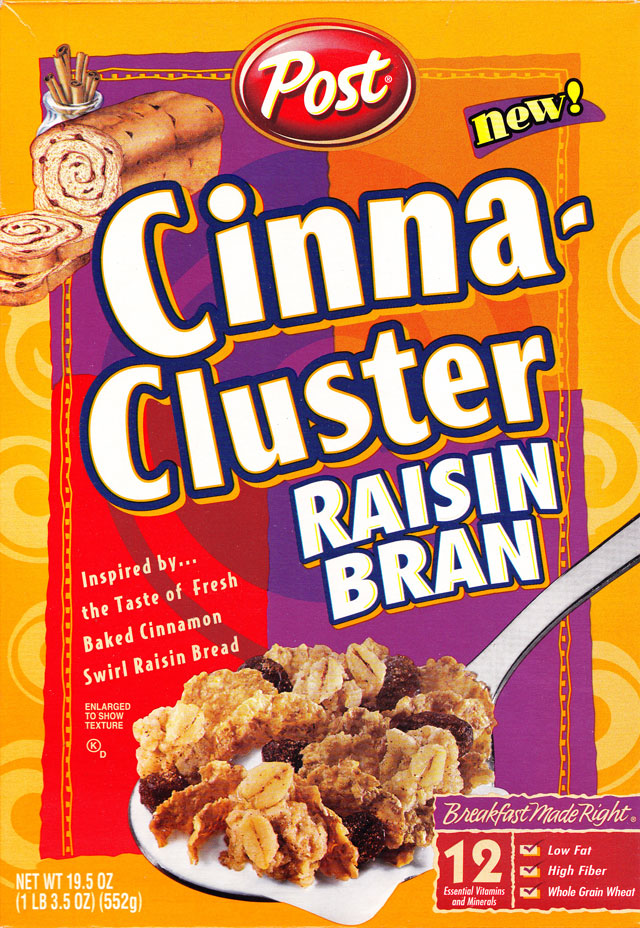 The back of the box had the following description of the cereal:

"With the taste inspired by Cinnamon Raisin Bread, every spoonful of delicious Cinna-Cluster Raisin Bran gets the whole family crunching on the morning goodness they need!

"A little cinnamon every morning grabs you by the nose, tickles your taste buds, then wakes you from head to toe. The crunching of cinnamon oat clusters will soon be allowable breakfast table etiquette." 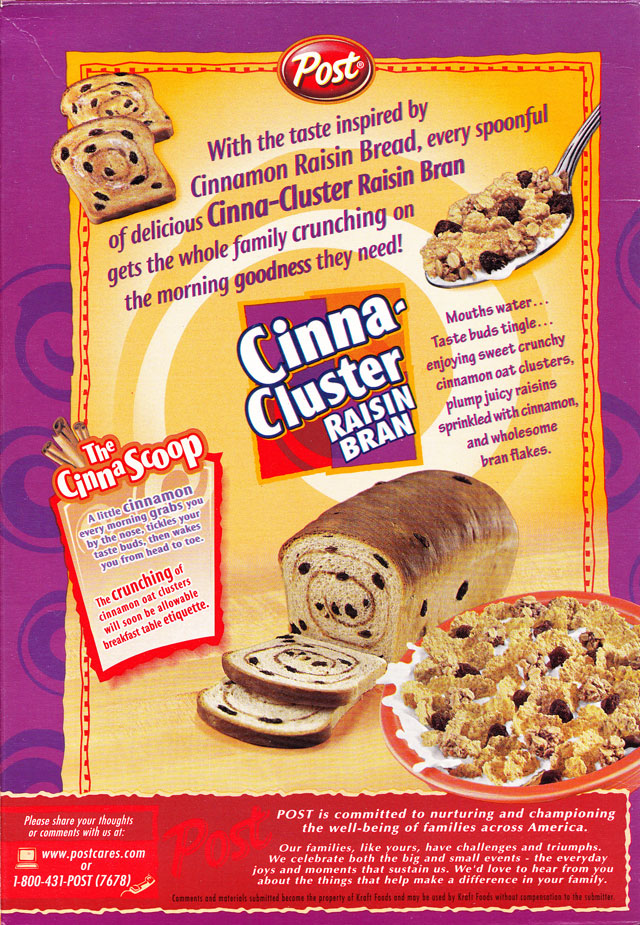 The side of the box had a recipe for Cinnamon Swirl Bread that used the cereal as the main ingredient. 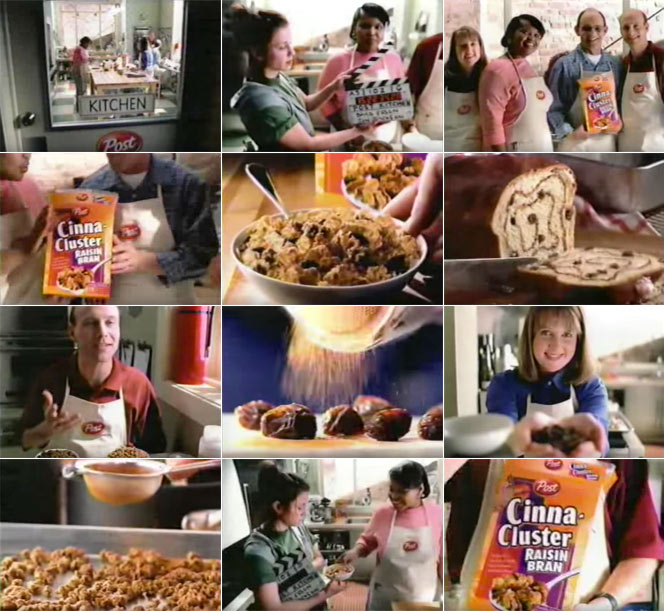 One TV ad that aired in 2001 took place in the "Post Kitchen" and featured the supposed test kitchen chefs who "wanted to make something that tasted like cinnamon raisin bread."

If you ate some and it really was "your mouth's happiest memory," please let us know by posting a comment below.

This cereal; along with Blueberry Morning by Post was my go to cereal. I wish they still made it.

Please! I need my Cinna-Cluster!!!

Bring it back please!!!

I haven't been able to find it on store shelves.