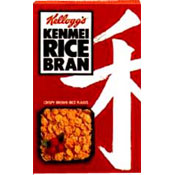 
This cereal was described on the front of the box as "crispy brown rice flakes (which) provides 11 essential vitamins & minerals (and the) natural goodness of brown rice."

A 1990 TV ad introducing the cereal used the catchphrase "Live well, eat well" and explained that the cereal is based on traditional Oriental wisdom and how 'their' diet included brown rice. This was obviously before it was considered politically incorrect to refer to Asians as Orientals. "Kenmei" is Japanese for "wisdom". 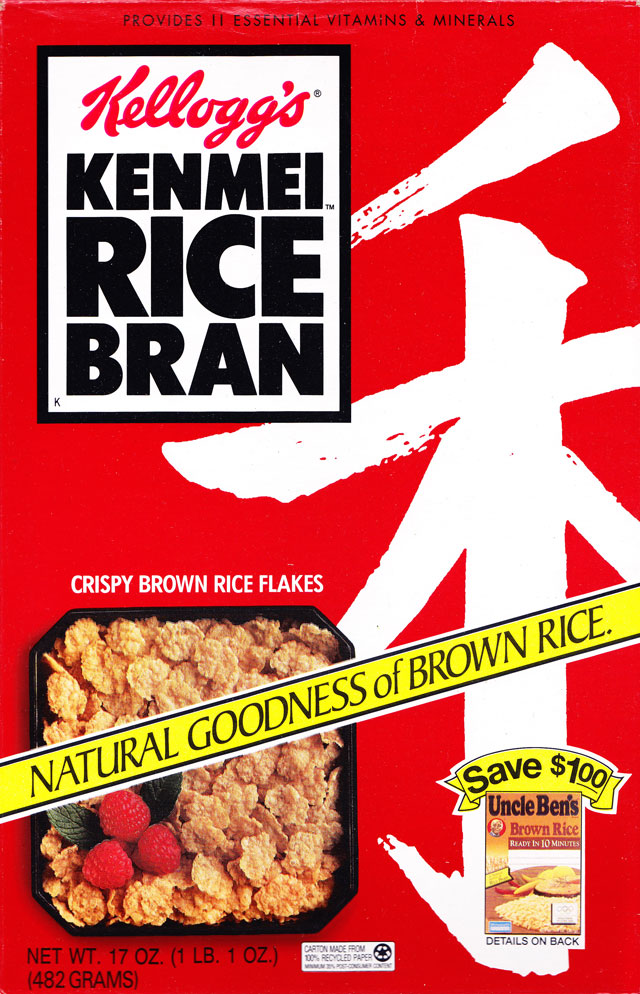 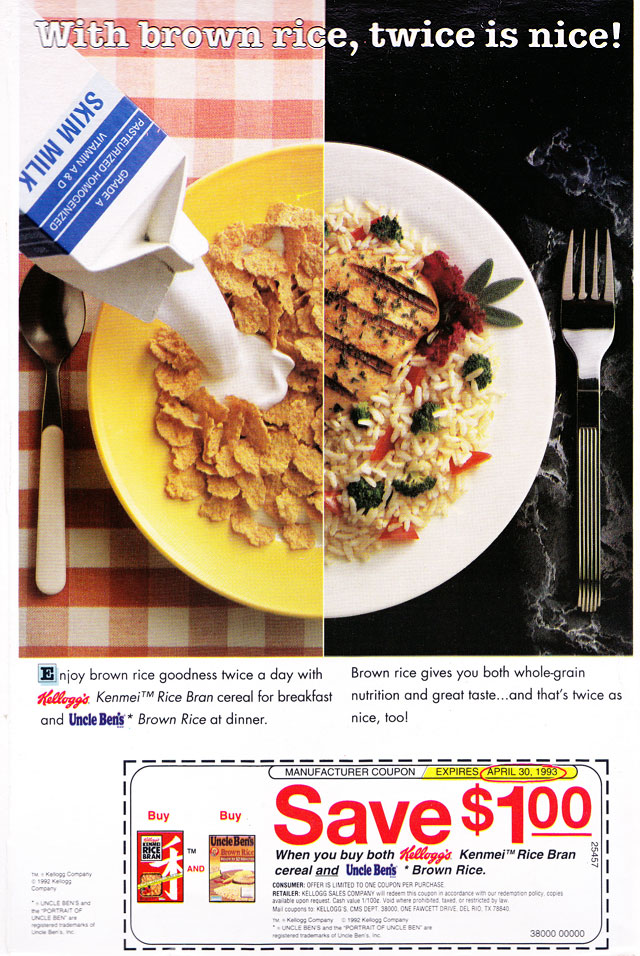 Kenmei Rice Bran was featured in a March 29, 1990 article in the New York Times titled "Wary Public Gets a New Bran (Rice)". This is some of the text from that piece:

For cereal makers, the next bran craze may be fizzling before it even gets off the ground.

After the phenomenal success of oat bran products in the last two years, some cereal makers have high hopes that rice bran will be the next big success story. The Kellogg's Company has recently introduced Kenmei Rice Bran, whose packaging suggests that rice consumption leads to a longer life and will lower cholesterol...

Introducing a new cereal is a major investment. Kellogg's will probably spend $30 million to advertise and promote Kenmei, about the standard amount for a new cereal, said Celeste Clark, a Kellogg spokeswoman. She said the recent criticism of oat bran had not caused the company to revise its plans for Kenmei...

"We are very, very optimistic about that product," she said. Kenmei is a Japanese word for wisdom or prudence.

But some experts question the "kenmei" of investing heavily in a new bran product....

Until 18 months ago, rice bran was unfit for human consumption and was used primarily as a livestock feed supplement. An unstable enzyme caused rice bran to turn rancid quickly. Last year, scientists discovered a way to stabilize rice bran. 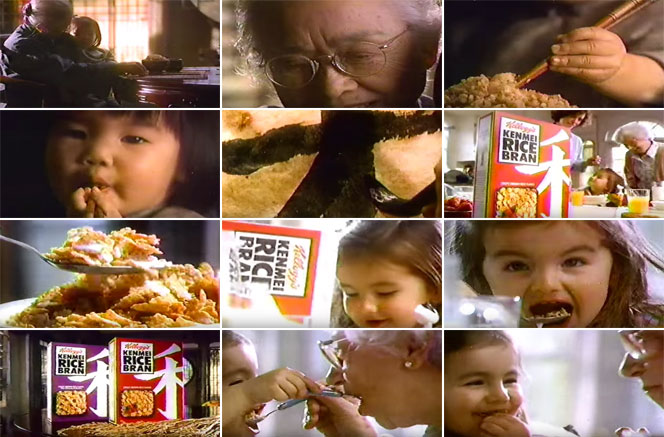 "Traditional Oriental wisdom says, 'One must live well, eat well' which may explain why, for generations, their diet has included brown rice - including the bran. Kellogg's now brings this ancient yet new idea to the American breakfast in Kenmei Rice Bran. Here's brown rice with all its nutritious bran in crisp, delicious flakes. Kenmei Rice Bran... from Kellogg's. Born in the tradition of lifelong health... live well, eat well."

Submitter: DECMATH
Uploaded: 8/23/2010
Additional details
Upload an image for this cereal
Comments About This Cereal
What do you think of Kenmei Rice Bran?

KENMEI RICE BRAN CEREAL was the best cold cereal ever! I have since settled for Special K and/or Cheerios. PLEASE, bring back KENMEI!

Somebody up there must hate me because my favorite cereals ever were Team Flakes, Kenmei Rice Bran, and Product 19... and ALL of them were taken off the market! Please bring them back... today's cereals are either too bland or way too sweet.

Please bring back KENMEI Rice cereal. It was wonderful. It had great flavor, a crisp texture that held true in milk along with the additional health benefits including being Gluten Free... PERFECT TIME to bring back this amazing cereal. Under the recent climate of gmo and gluten free needs, it would be a wonderful boost for sales and advertising.

Please bring this back. It is healthy bran.

Enjoyed this cereal as a kid and as a teen in the 1990's. Wish it were still around.

This was a terrific tasting, mostly-healthy breakfast cereal. I really hope Kellogg's brings it back some day.

I loved this cereal! It was great with fresh blueberries or raspberries. Please bring it back! Why did they ever stop making it!?

This cereal was perfect. Please bring it back!

I wanna jump on the bandwagon asking to bring this back. I've been looking for a similar cereal for years with no luck. This was my favorite cereal when I was a kid. Considering the gluten-free movement, this cereal fits perfectly in with what a large segment of the population is looking for. Please bring it back!

This was the most delicious and healthy cereal. I find myself looking for it at the store because I miss it so! Bring it back please!