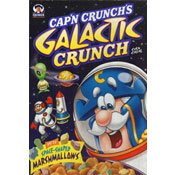 From: Quaker
Introduced in 2000


Cap'n Crunch's Galactic Crunch was described on the front of the box as a corn cereal "with space-shaped marshmallows." The main cereal pieces were described as "Crunchy, Fun, Flying Saucer Shaped Galactic Cereal." They looked a little like deflated balls. Many believe they were the same pieces found in Quisp cereal. The marshmallows were shaped like an alien, an astronaut, a Saturn-like panel and a rocket ship. 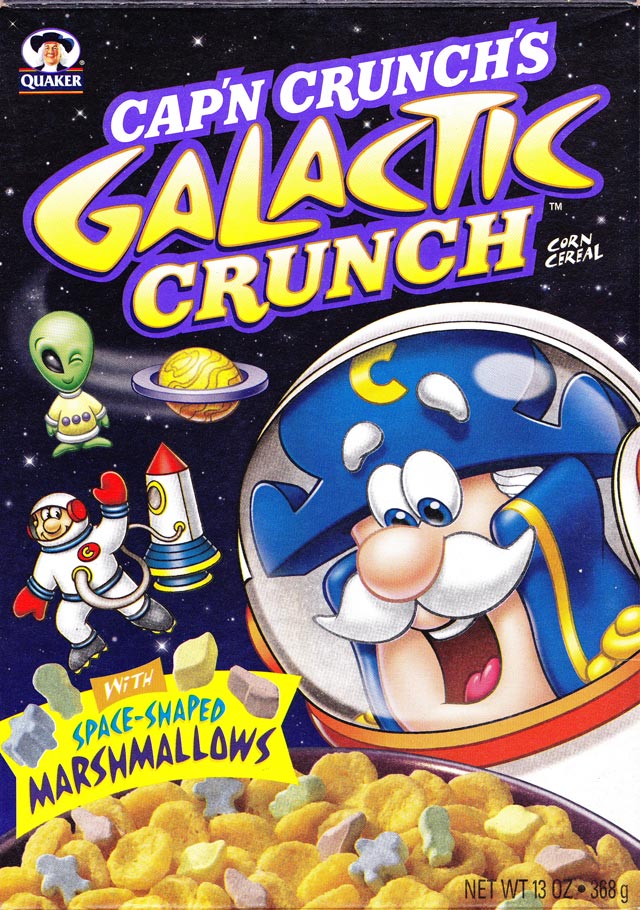 The box we were lucky enough to acquire had an activity panel on the back called "The Marshmallow Shuttle" with a spot-the-differences puzzle. 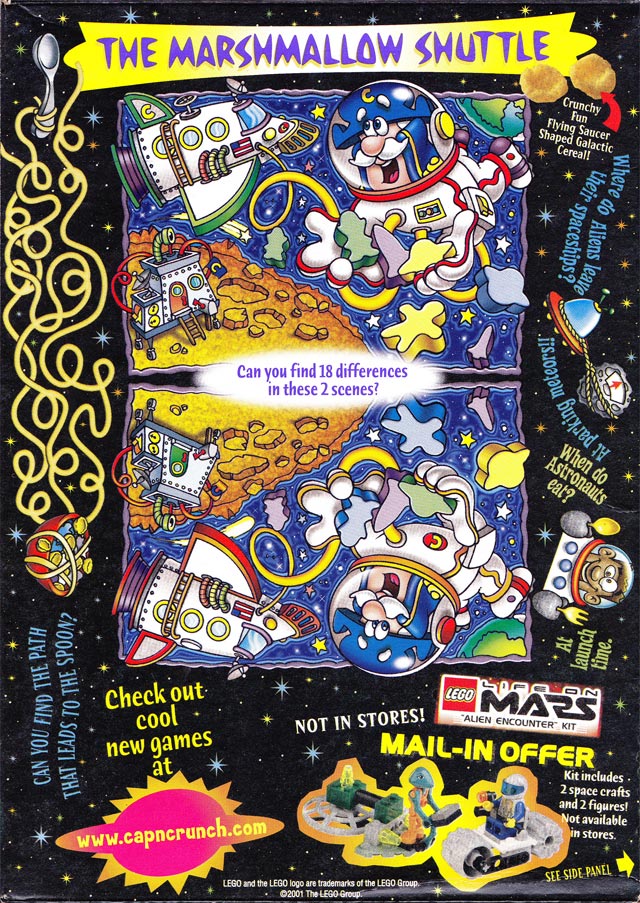 Submitter: jeffrey
Uploaded: 10/9/2010
Additional details
Upload an image for this cereal
Comments About This Cereal
What do you think of Galactic Crunch (Cap'n Crunch)?

Please bring back this cereal. It was my favorite. Quisp is second best.

I loved this cereal and if it came back I wouldn't have to decide what to get because it would always be Galactic Crunch, hands down!

My best friend and I once decided to go 24 hours eating only Galactic Cap'n Crunch... best time ever. Now I wish it would come back so I could share it with my children.

I only got 1 box and I look for it every time I go to the store hoping to find it again. Please make Galactic Crunch again.

I loved this cereal! It was in the stores for just one month. Not long enough. Please bring it back!

Best cereal ever. I only got one box and then it was gone. I hope it comes out again, but I doubt it will.

They need to bring this cereal back.