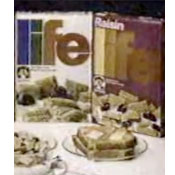 
This cereal was described on the box as "the delicious high protein cereal", a description that had also appeared on boxes of Life Cereal without raisins.

The earliest mention of Raisin Life we've found so far was in a supermarket circular called the Pinedale Roundup in 1985. Someone posted a picture of a cereal box on this website saying it was from 1984. We've been unable to verify the exact year of introduction. 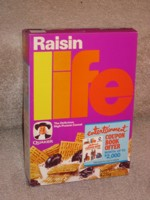 Submitter: cereal-king
Uploaded: 5/1/2011
Additional details
Upload an image for this cereal
Comments About This Cereal
What do you think of Raisin Life?