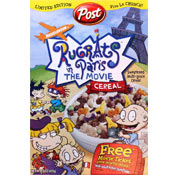 
This limited edition cereal was described on the box as a "sweetened multi-grain cereal" with "Vive La Crunch!" It's release coincided with the November 2000 theatrical release of the animated film Rugrats in Paris: The Movie based on the Nickelodeon TV series Rugrats. The main cereal pieces were brown and off-white puffy stars (or clouds) and within those were Rugrat shape pieces which included Eiffel Tower (yellow), Tommy's Ball (green), Chuckie's Glasses (orange) and Angelica'a Bow (purple).

Printed inside each box was a FREE MOVIE TICKET offer for a free child's admission to see Rugrats in Paris: The Movie with the purchase of one adult admission. 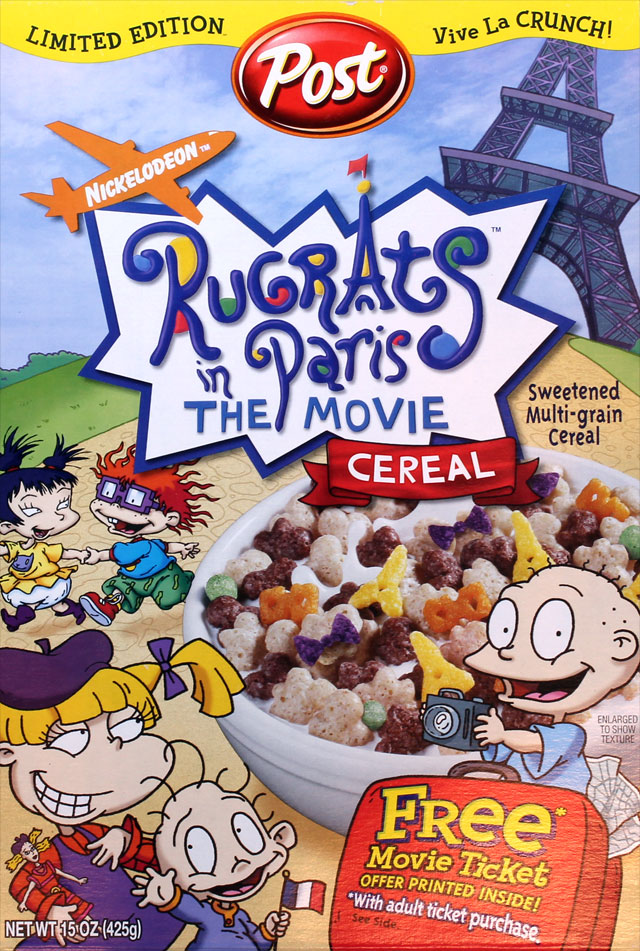 The back of the box had an activity panel which included a Map Maze based on the city of Paris and a Cafe Find-It game based on a French cafe. 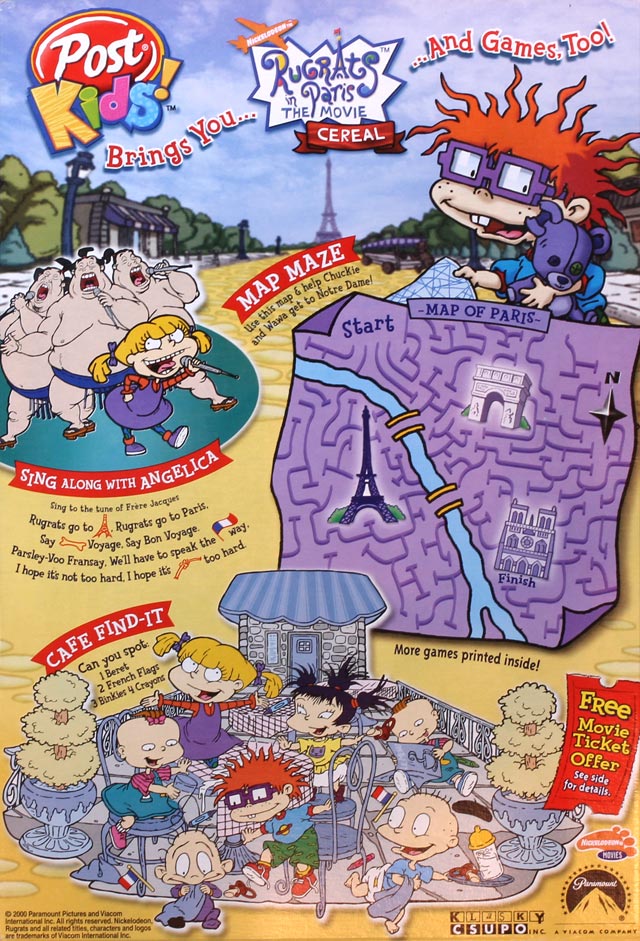 One year prior to the introduction of this cereal, Post gave us another Rugrats cereal called Reptar Crunch based around a straight-to-DVD movie called Rugrats Go Reptar!


Click here to see all cereals from Post.
This cereal belongs to the following Mr Breakfast Cereal Families:
Rugrats In Paris Cereal Theater

What the heck? Never saw it before, but would like to try it. The Rugrats are pretty cool.

OMG! I remember this!