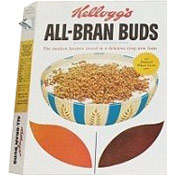 From: Kellogg's
Introduced in 1961


The cereal box called this product "the modern laxative cereal in a delicious crisp new form."

A 1961 magazine ad said it was a "new kind of bran from Kellogg's... (a) crisp new form with defatted wheat germ added... tasty and tender."

When the cereal was first introduced, it came with a pour spout on the side of the box.

In Canada, you can still find a cereal called All-Bran Buds, but the "buds" appear to be somewhat larger than those found in the vintage cereal. 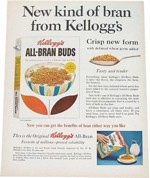 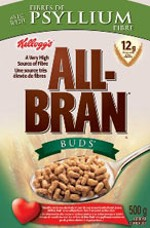 Submitter: TheHawaiian
Uploaded: 3/12/2008
Additional details
Upload an image for this cereal
Comments About This Cereal
What do you think of All-Bran Buds?
There are no comments yet for this cereal. Be the first! Was it good? Was it bad?
Do you have information not included in the article? Let the world know!