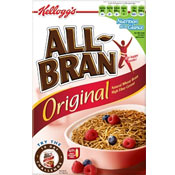 From: Kellogg's
Introduced in 1916


Kellogg's All-Bran Original contains 10 grams of dietary fiber per serving and is one of a select few cereals to list wheat bran as the first ingredient on the ingredients list.

Print ads for the cereal from circa 1940 featured Popeye-esque characters called The Captain And The Kids which featured the tag line "Join the 'Regulars' with Kellogg's All Bran."

For a period of time, Actor William Shatner of Star Trek fame acted as a spokesman for the cereal in the UK and Canada. He appeared in television commercials and even showed up on the cereal box.

Now Showing: 2007 All Bran Construction Worker Commercial
Additional Images
These are the most recent images. Click here to see all pictures for All-Bran. 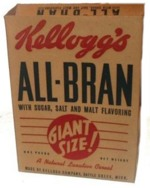 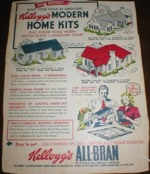 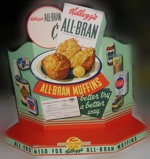 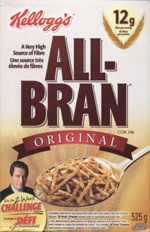 Comments About This Cereal
What do you think of All-Bran?

Profitable way for the food manufacturers to get rid of a waste product; disastrous for the health of those who eat it.