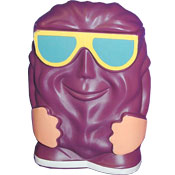 
Contrary to many cereal lists found on the internet, it appears that an actual cereal called "California Raisins Cereal" has never appeared in grocery stores. Confusion stems from the the fact the the claymation raisin characters were used to promote Post Raisin Bran in in the mid-1980's. Small plastic figurines of the characters were offered as premiums in select boxes of the cereal. 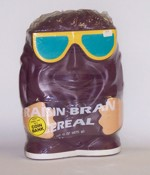 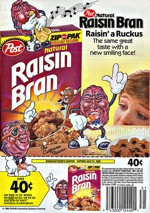 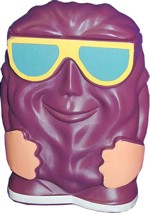 Submitter: Mr Breakfast
Uploaded: 3/18/2008
Additional details
Upload an image for this cereal
Comments About This Cereal
What do you think of California Raisins?

I remember watching the California raisin commercials as a kid on TV in the mornings before going to school. I loved Raisin Bran. Can't beat those raisins.

California Raisins pwned 1988. Them and Michael Jordan and Gorbechev. And Whitesnake.