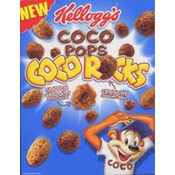 
Coco Pops is the U.K. equivalent of Cocoa Krispies in the U.S. 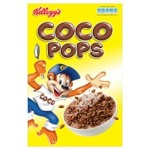 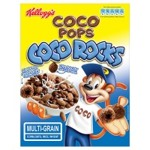 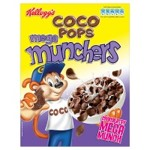 Submitter: jeffrey
Uploaded: 10/5/2010
Additional details
Upload an image for this cereal
Comments About This Cereal
What do you think of Coco Pops?
There are no comments yet for this cereal. Be the first! Was it good? Was it bad?
Do you have information not included in the article? Let the world know!