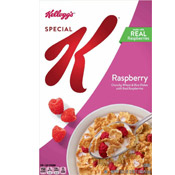 From: Kellogg's
Introduced in 2020


This cereal is described on the front of the box as "crunchy wheat & rice flakes with real raspberry pieces." Product descriptions at various online retailers have this text: "Crunchy breakfast cereal that's bursting with the irresistible taste of raspberries and crunchy flakes in every nourishing spoonful."

This cereal, along with the Special K Red Berries and Special K Vanilla Almond, has been promoted with the tagline, "You can't fake delicious." 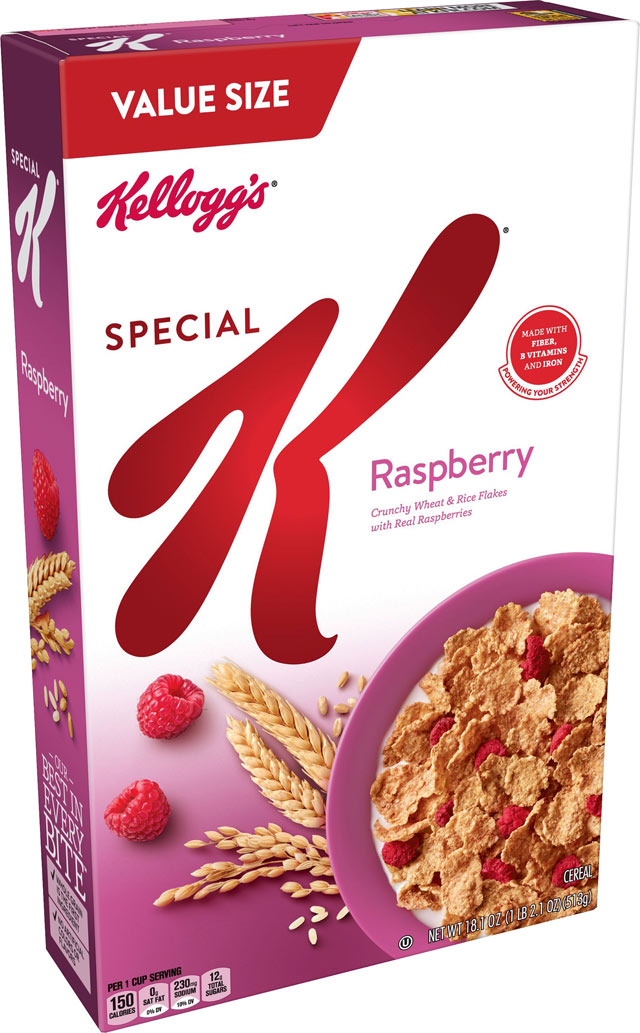 Upload an image for this cereal
Comments About This Cereal
What do you think of Special K Raspberry?
There are no comments yet for this cereal. Be the first! Was it good? Was it bad?
Do you have information not included in the article? Let the world know!