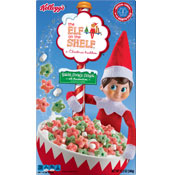 
This holiday themed cereal is designated on the the box as the "official cereal of the North Pole". It's described as a "sugar cookie cereal with marshmallows." The cereal pieces are red and green stars with white marshmallows.

The cereal is based on a children's book from 2005 called "The Elf On The Shelf: A Christmas Tradition." Purchased new, the book comes in a special box which also includes small elf doll. The short explanation of the tradition is that the elf spies on children and reports their activities back to Santa Claus. 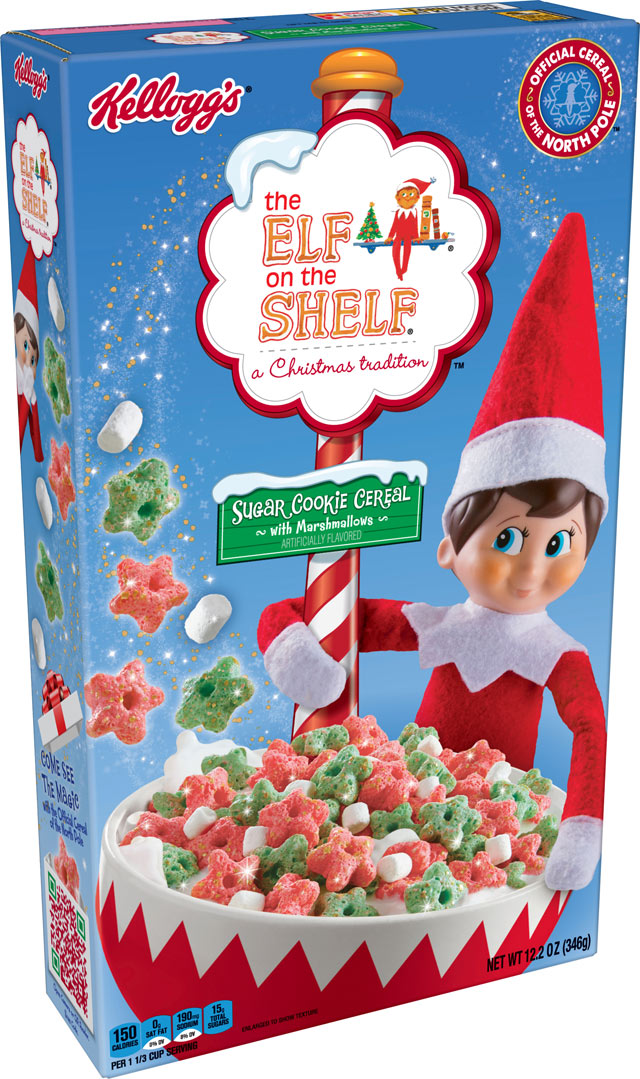 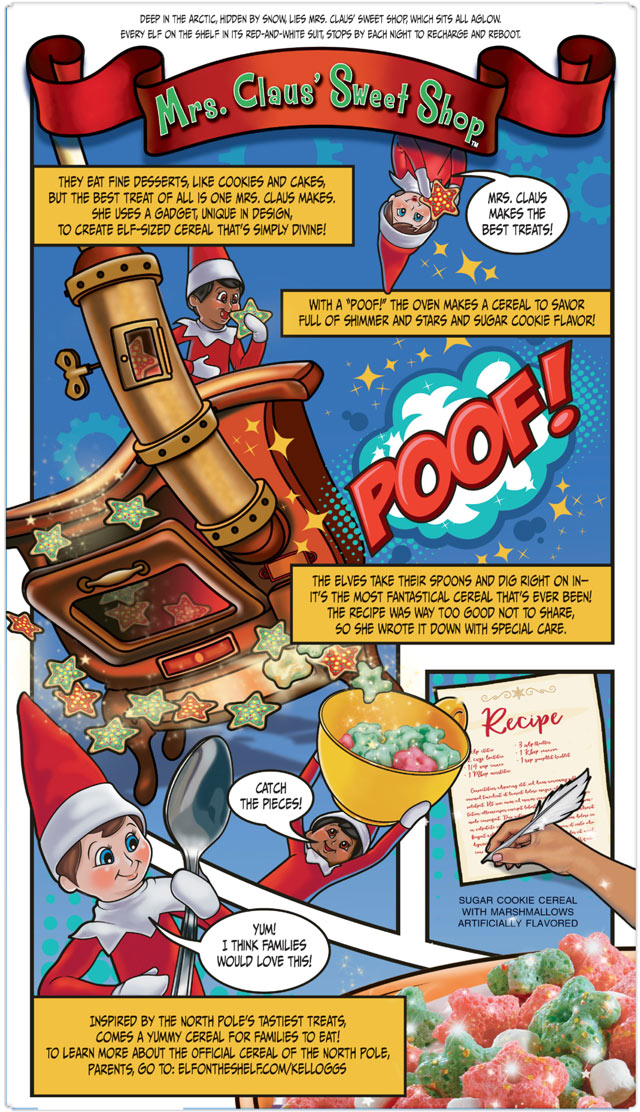 The back of the box includes a special holiday poem under the heading, "Mrs. Claus' Sweet Shop."

Deep in the Arctic, hidden by snow
lies Mrs. Claus' sweet shop, which sits all aglow.

Every Elf on the Shelf in its red and white suit
stops by each night to recharge and reboot.

They eat fine desserts, like cookies and cakes
but the best treat of all is the one Mrs. Claus makes.

With a "POOF!" the oven makes a cereal to savor
full of shimmer and stars and sugar cookie flavor!

The elves take their spoons and dig right on in.
It's the most fantastical cereal that's ever been!

The recipe was way too good not to share
so she wrote it down with special care.

Inspired by the North Pole's tastiest treats
comes a yummy cereal for families to eat!


Click here to see all cereals from Kellogg's.
This cereal belongs to the following Mr Breakfast Cereal Families:
Upload an image for this cereal
Comments About This Cereal
What do you think of Elf On The Shelf?
There are no comments yet for this cereal. Be the first! Was it good? Was it bad?
Do you have information not included in the article? Let the world know!