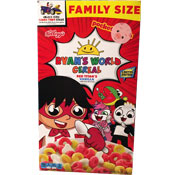 
The complete name of this limited edition cereal is Red Titan's Vanilla Ryan's World Cereal. Ryan's Worldis a popular YouTube channel formerly known as Ryan Toys Review. The channel features a boy named Ryan who is usually shown playing games with his parents often with toys from a Ryan's World line of products.

Within Ryan's World, a number of fictional characters have been created like Combo Panda, Gus the Gator and, most notable for this cereal, a Ryan superhero alter-ego known as Red Titan.

The cereal itself is made up of sweet vanilla loops which are pink and tan. The back of the box features a promo for a Race With Ryan video game. 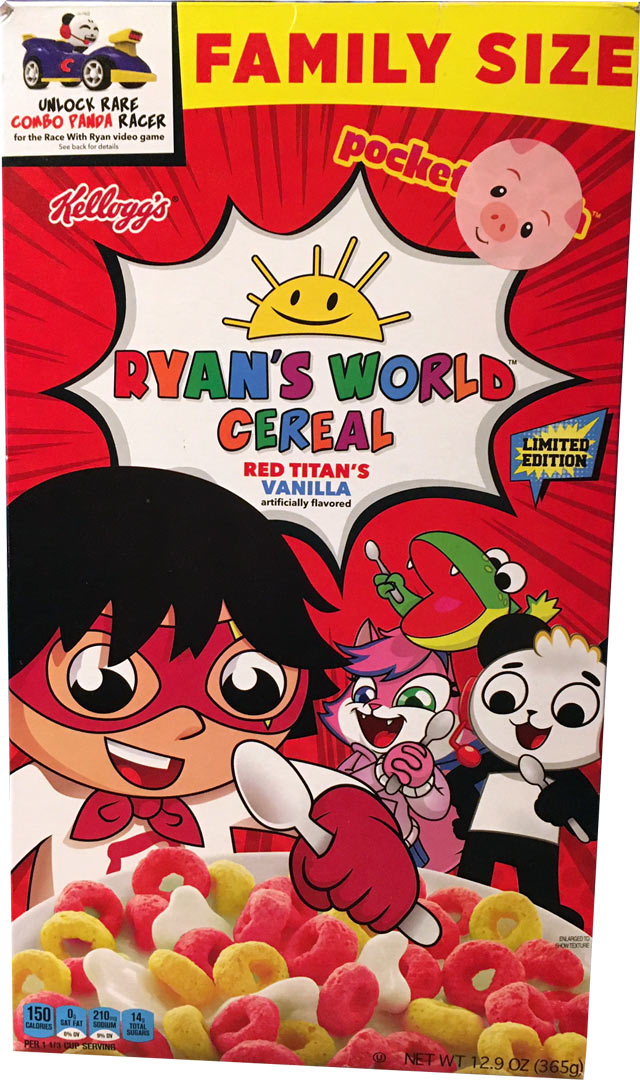 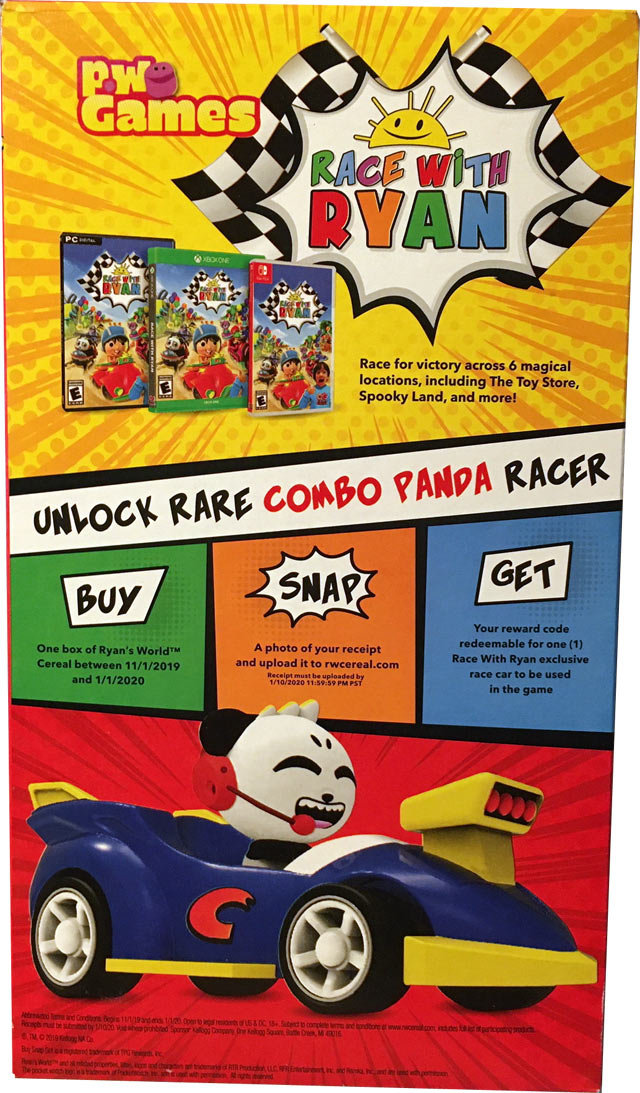 Upload an image for this cereal
Comments About This Cereal
What do you think of Ryan's World?
There are no comments yet for this cereal. Be the first! Was it good? Was it bad?
Do you have information not included in the article? Let the world know!