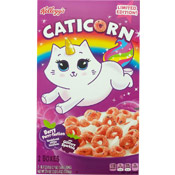 
This limited edition cereal was described on the front of the box as "Berry Purrr-fection with Glittery Sparkles." It was introduced in early 2019 and was available exclusively at Sam's Club stores until March of that year. The cereal was available at other retailers in April and began disappearing shortly after.

The cereal box featured a half cat / half unicorn character flying over a bowl of the cereal in front of a rainbow. The cereal pieces were pink loops with colorful sparkles. 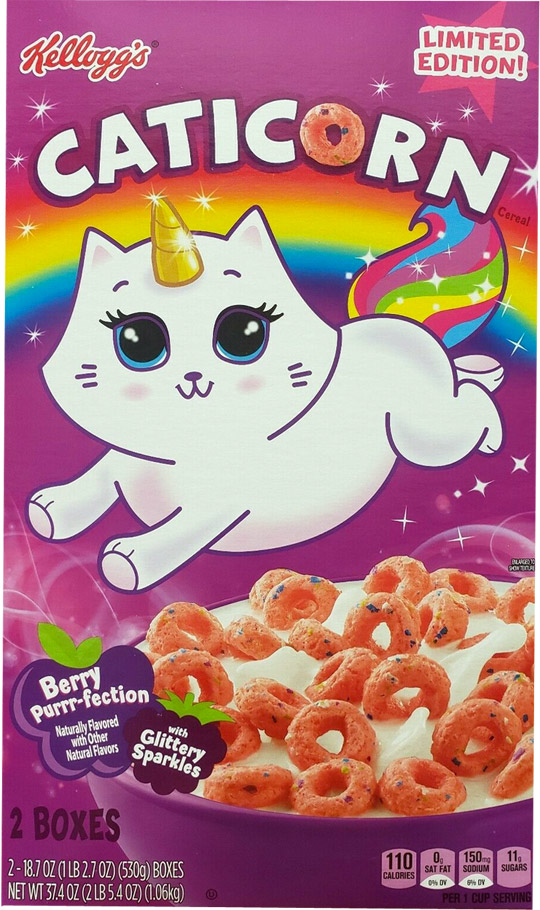 
Click here to see all cereals from Kellogg's.
This cereal belongs to the following Mr Breakfast Cereal Families:
Upload an image for this cereal
Comments About This Cereal
What do you think of Caticorn?
There are no comments yet for this cereal. Be the first! Was it good? Was it bad?
Do you have information not included in the article? Let the world know!