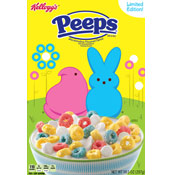 
This limited edition cereal is described on the front of the box as a "marshmallow flavored cereal with marshmallows." It's based on the popular marshmallow Easter treat called Peeps (although Christmas, Halloween and Valentine's Day themed Peeps are also now available seasonally).

The Spring themed cereal box features a bowl of the cereal along with graphics of a pink chick Peep and a blue bunny Peep. The main loop-shaped cereal pieces are tan, red and purple. The marshmallows are white and wafer-shaped. 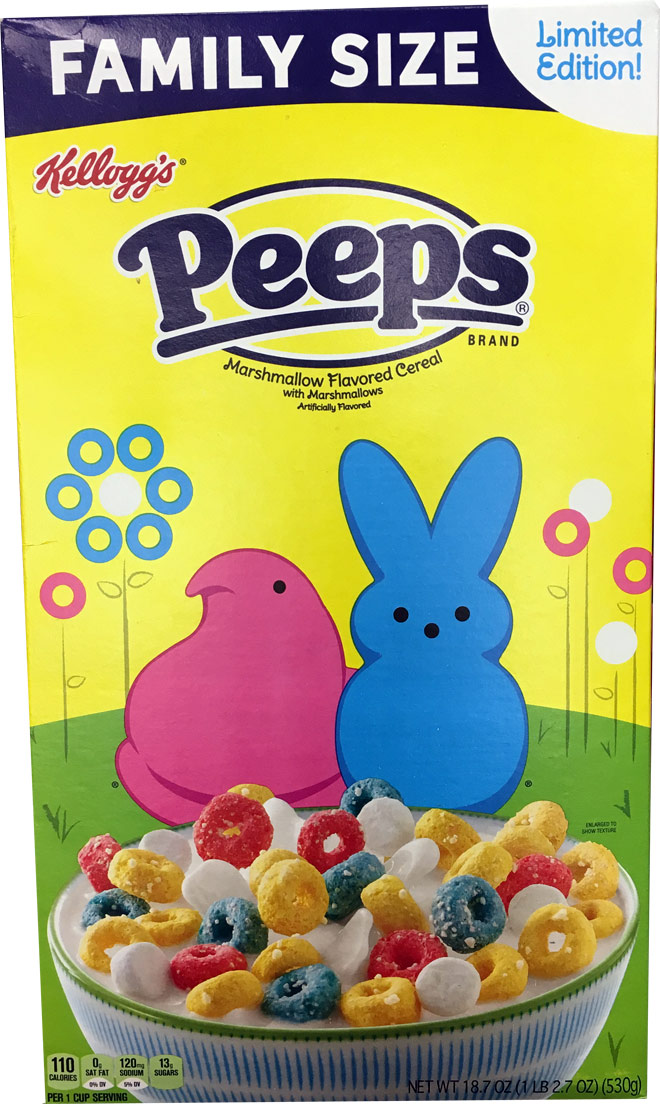 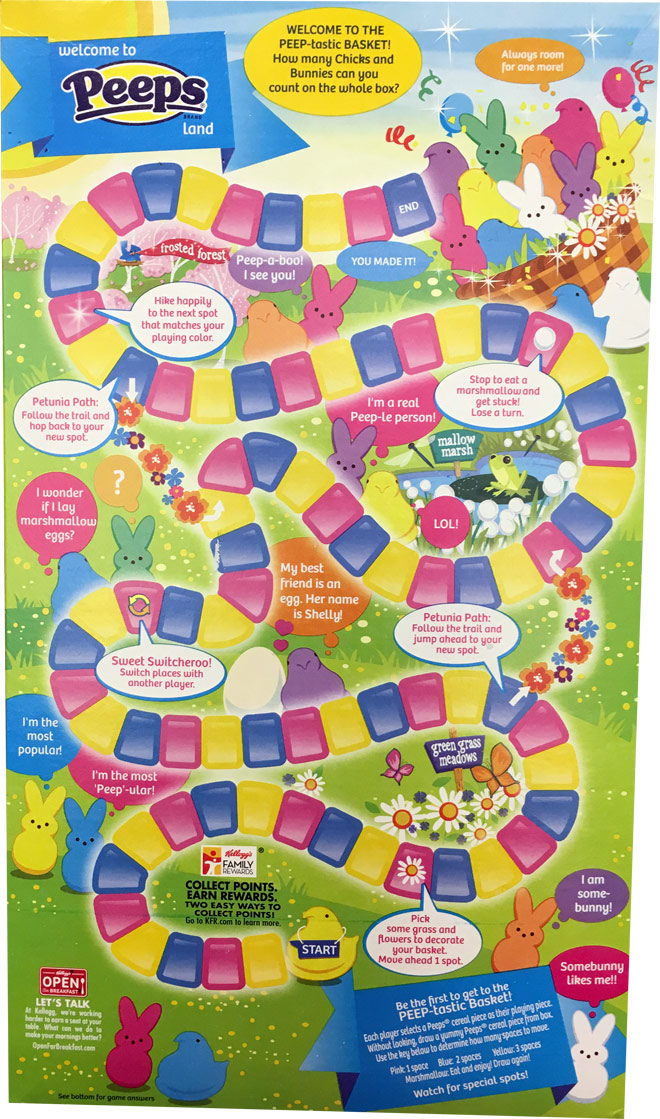 In early 2020, Peeps cereal was reintroduced with a different formula. This time the multi-colored loops were joined by Peeps Chick & Bunny Shaped Marshmallows (replacing the white, wafer-shaped marshmallows). 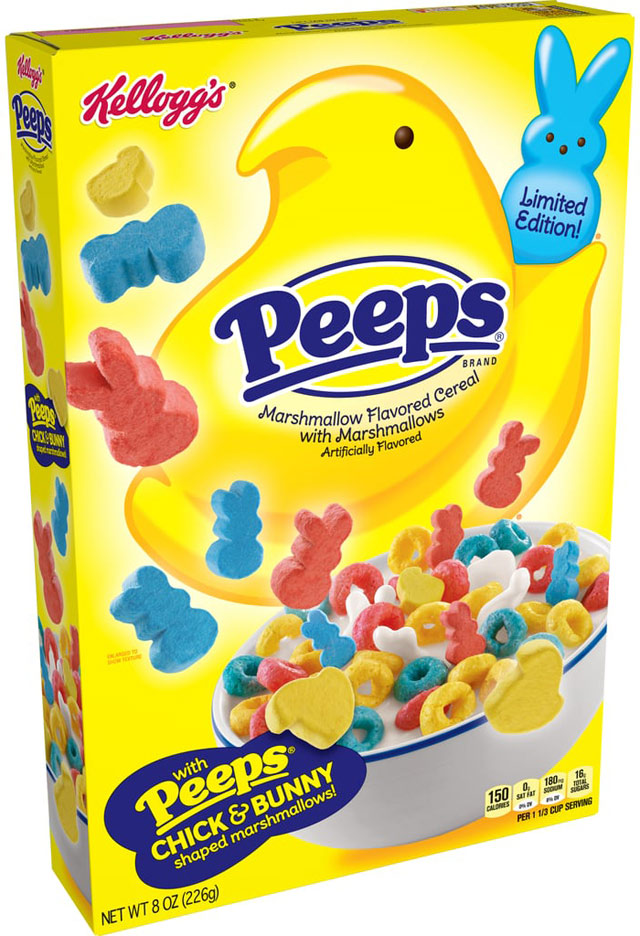 Click here to see all cereals from Kellogg's.
This cereal belongs to the following Mr Breakfast Cereal Families:
Upload an image for this cereal
Comments About This Cereal
What do you think of Peeps?

My daughter bought me this. Pretty good. She thought it would taste like Kaboom. It did not.