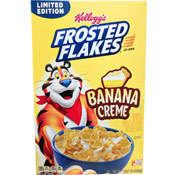 
This limited edition cereal was introduced in early 2019. The front of the initial box describes it as "naturally flavored with other natural flavors" and features an image of Tony the Tiger holding a bowl of the cereal and a small graphic of a piece of banana creme pie. It's was described on Kellogg's official website as "The crunchy Frosted Flakes you love, bursting with the banana creme pie filling you crave."

Ingredients listed on the nutrition panel are milled corn, sugar, malt flavor, contains 2% or less of salt, natural flavor, and a smattering of vitamins and minerals. 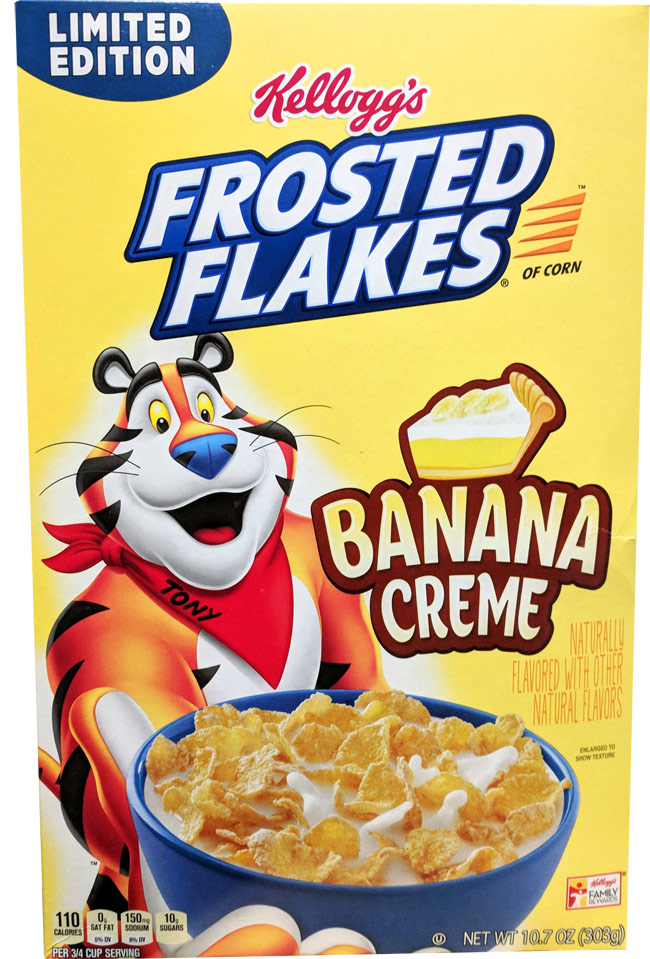 It's interesting to note that back in 1981, Kellogg's introduced a similar sounding cereal called Banana Frosted Flakes (minus the "creme"). In that cereal, banana bits were adhered to the flakes.

Upload an image for this cereal
Comments About This Cereal
What do you think of Banana Creme Frosted Flakes?
There are no comments yet for this cereal. Be the first! Was it good? Was it bad?
Do you have information not included in the article? Let the world know!