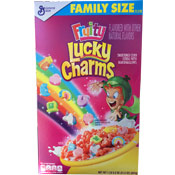 The back of the introductory box features an activity panel titled "A Magical New Discovery!" "Lucky has discovered an enchanted orchard where fluffy marshmallow charms grow on colorful rainbow trees. Can you find an exact match for each tree by finding the trees that share the same charms?" 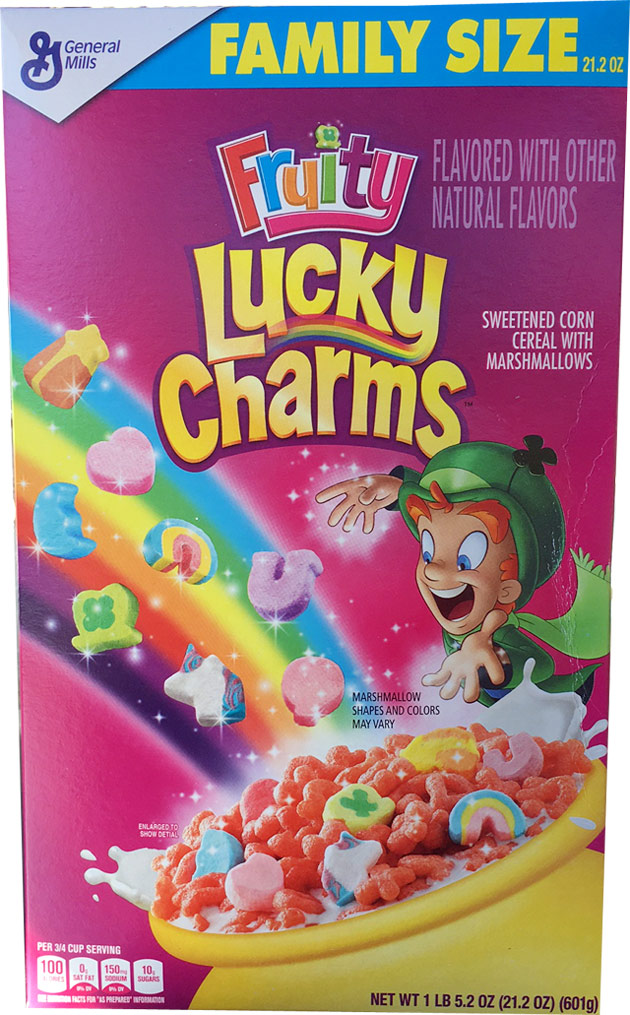 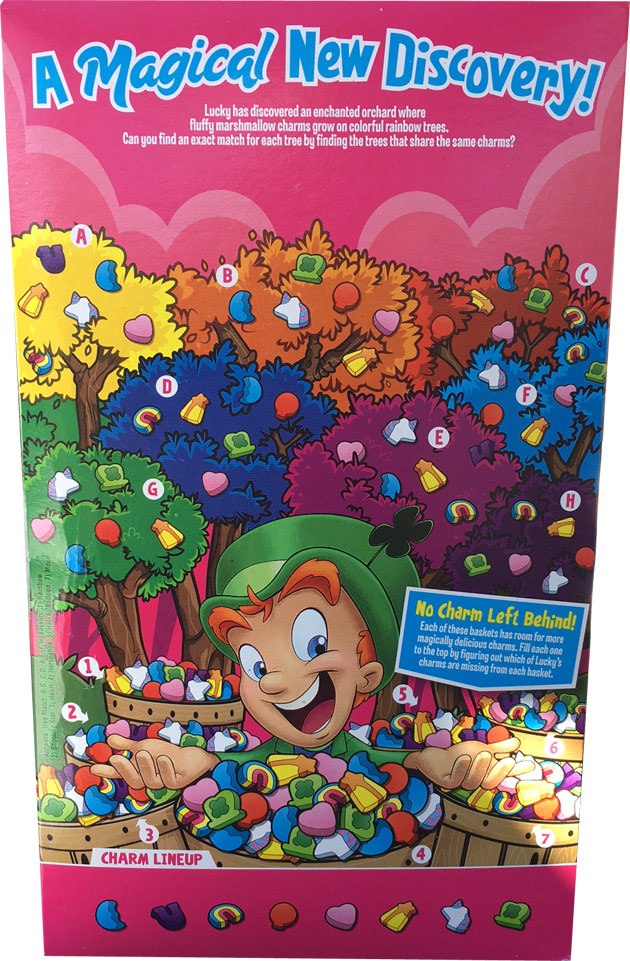 Upload an image for this cereal
Comments About This Cereal
What do you think of Fruity Lucky Charms?
There are no comments yet for this cereal. Be the first! Was it good? Was it bad?
Do you have information not included in the article? Let the world know!