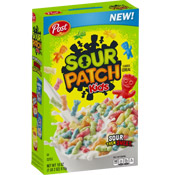 
This cereal was exclusively available at Walmart stores in December 2018. It began to roll out to other outlets throughout 2019.

The front of the box indicates that the cereal is "sour then sweet." The cereal pieces are shaped like the Sour Patch Kids candies that the cereal takes its name from. The kid-shaped pieces are red, blue, green, orange and yellow. In the bowl of cereal depicted on the box, the pieces look more like colorful twigs than kids. 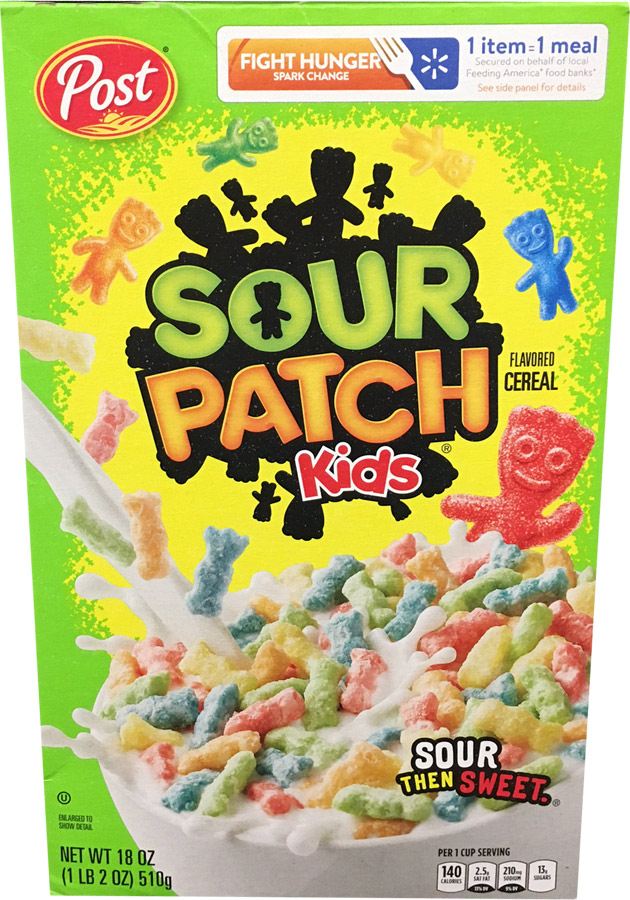 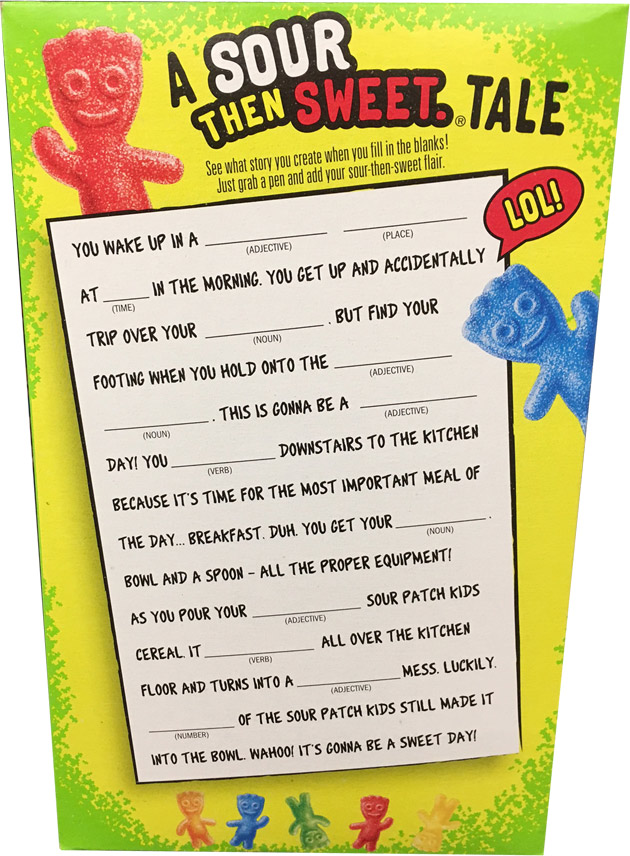 Upload an image for this cereal
Comments About This Cereal
What do you think of Sour Patch Kids?

Whatever you do, DO. NOT. EAT. THIS. CEREAL! Lord knows I did at the near end of last year and trust me, you are WAAAY better off with the candy, because that's the only sour thing we need in life.