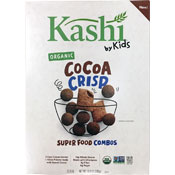 
This organic cereal from Kashi By Kids is described on the box as a "crispy cocoa cereal + filled pillows made with sweet cocoa." It's made with chickpeas and each serving has 18 grams whole grains, 3 grams fiber and 8 grams sugar. 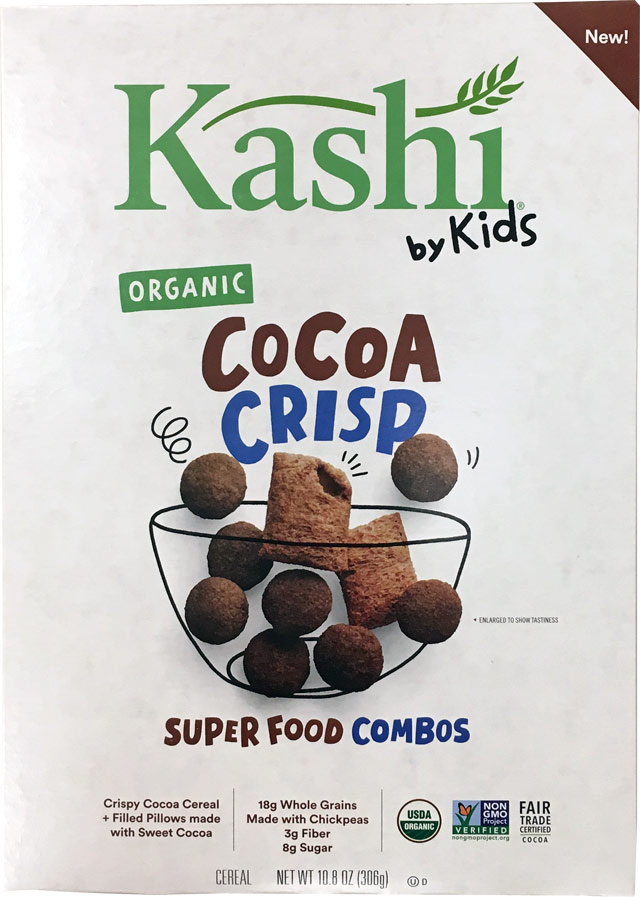 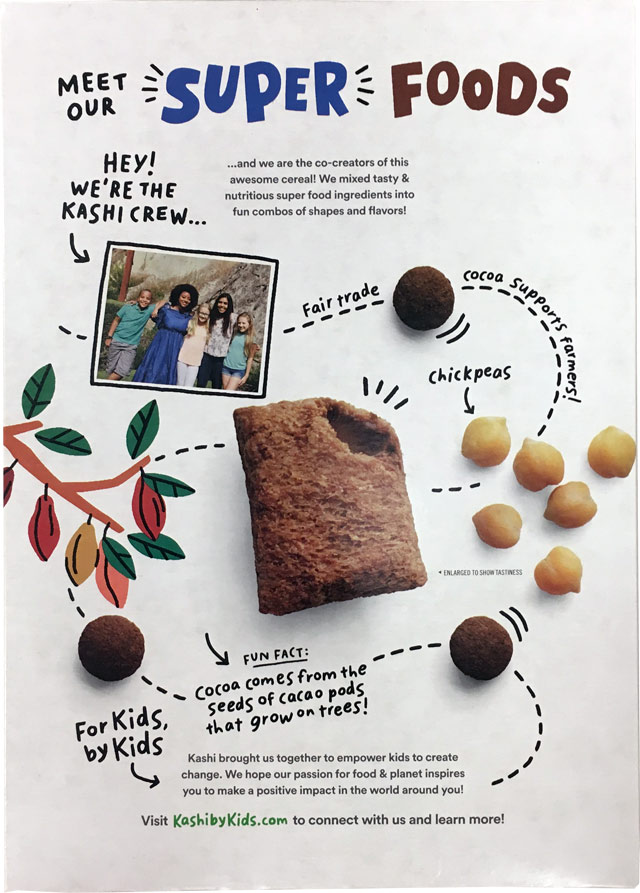 Company Description: The Kashi Company was created in 1984 as a producer of Kashi Pilaf - a blend of 7 whole grains and sesame intended to be eaten as a hot breakfast cereal, a side-dish or a main meal for vegetarians. The company operated in... Read on and see all cereals from Kashi
This cereal belongs to the following Mr Breakfast Cereal Families:
Upload an image for this cereal
Comments About This Cereal
What do you think of Cocoa Crisp Super Food Combos?
There are no comments yet for this cereal. Be the first! Was it good? Was it bad?
Do you have information not included in the article? Let the world know!