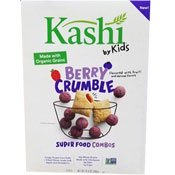 
This cereal from "Kashi by Kids" consists of "crispy purple corn puffs + filled pillows made with apple and strawberry." It's flavored with fruit and natural flavors and made with organic whole grains.

The cereal was described on KashiByKids.com like this: "We combined crispy berry flavored puffs made with organic purple corn with filled pillows made with tasty organic apple & strawberry for the ultimate bowl of berry-licious goodness!" 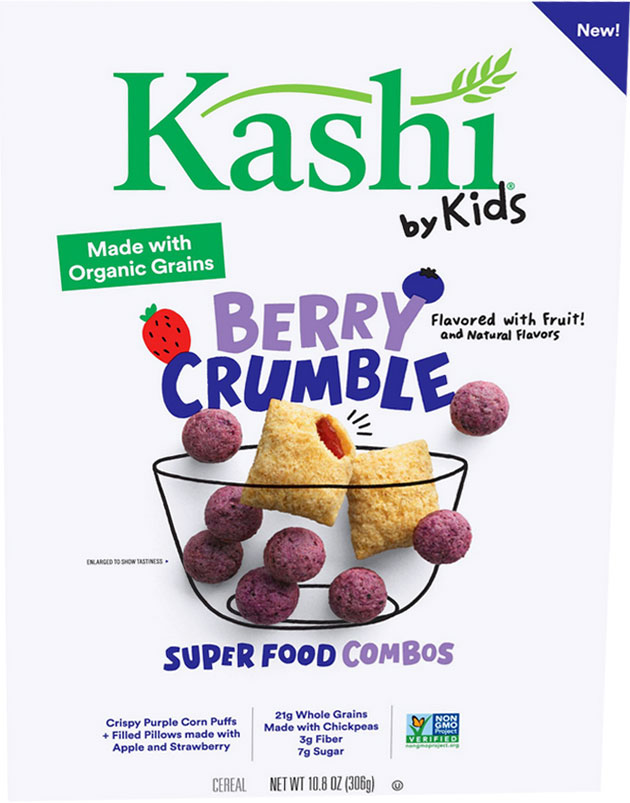 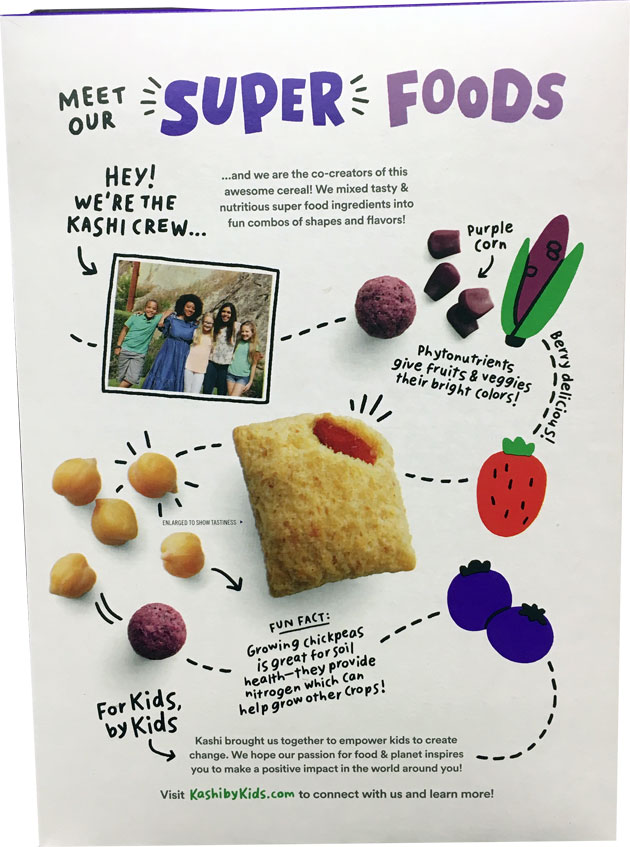 Upload an image for this cereal
Comments About This Cereal
What do you think of Berry Crumble Super Food Combos?
There are no comments yet for this cereal. Be the first! Was it good? Was it bad?
Do you have information not included in the article? Let the world know!