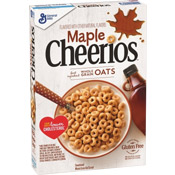 
This cereal was first introduced in Canada in 2017 as a special edition product celebrating Canada's 150th anniversary. It came to the U.S. in the fall of 2018.

The introductory U.S. box hailed that gluten-free Maple Cheerios "can help lower cholesterol" and that the "first ingredient (is) whole grain oats." The front image displayed a bowl of the cereal with a bottle of maple syrup and dribble of maple syrup shaped like a maple leaf.

The official Cheerios website unveiled the U.S. cereal like this: "Inspired by the delicious taste of maple, Cheerios is introducing a new, permanent addition to the cereal family. No artificial flavors or colors from artificial sources, gluten-free Maple Cheerios is a bowl of goodness families can enjoy and parents can feel good about putting on the breakfast table."

Here's a look at how the cereal box looked when Maple Cheerios were introduced in the U.S. in 2018: 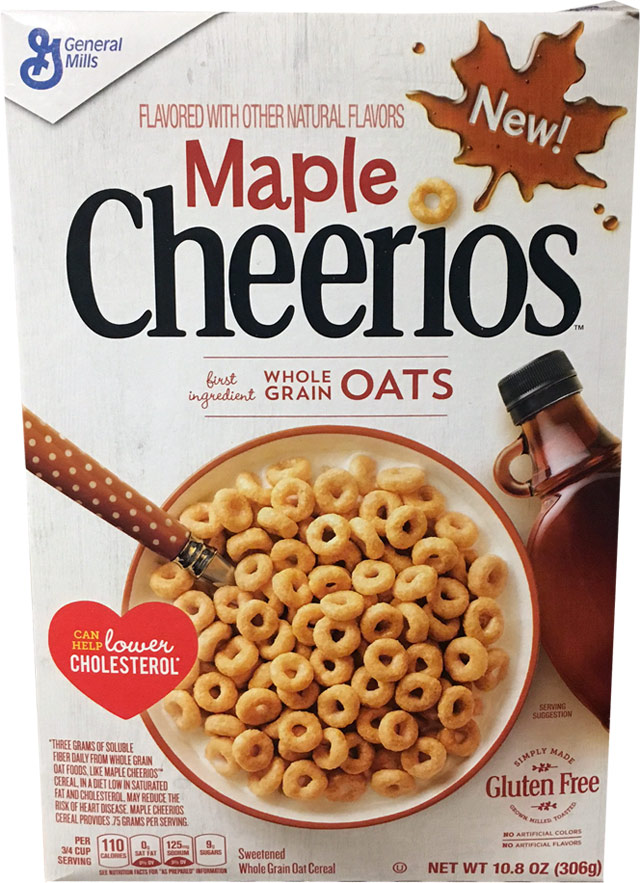 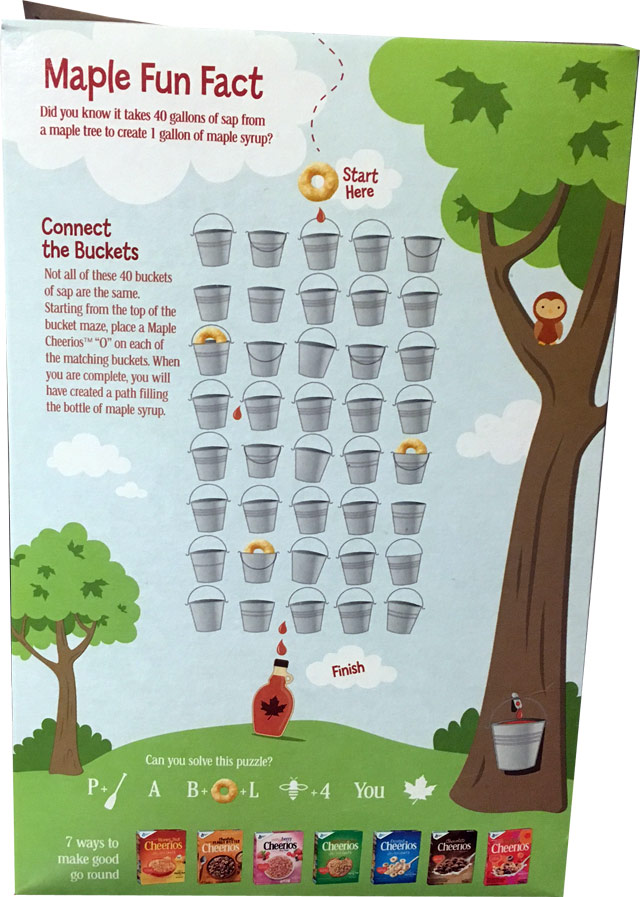 Upload an image for this cereal
Comments About This Cereal
What do you think of Maple Cheerios?
There are no comments yet for this cereal. Be the first! Was it good? Was it bad?
Do you have information not included in the article? Let the world know!