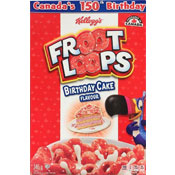 
In 2017, this birthday cake flavored cereal was only available in Canada. The cereal's release coincided with and celebrated the 150th anniversary of Canada's independence. The cereal consisted of pink Froot Loop shaped pieces with white sprinkles.

Each 3/4 cup serving of Birthday Cake Froot Loops had 110 calories, 2 grams of dietary fiber, 10 grams of sugar and 2 grams of protein.

While we don't often include Canadian cereals in our database of cereals, a number of people have asked us where you can find this cereal in the U.S. Unfortunately, you can not as of 2018.

A Limited Edition U.S. version of Birthday Cake Froot Loops was released in the summer of 2019. It's described on the box as a "sweetened multigrain cereal... strawberry birthday cake... flavored with other natural flavors." The box can be seen below. 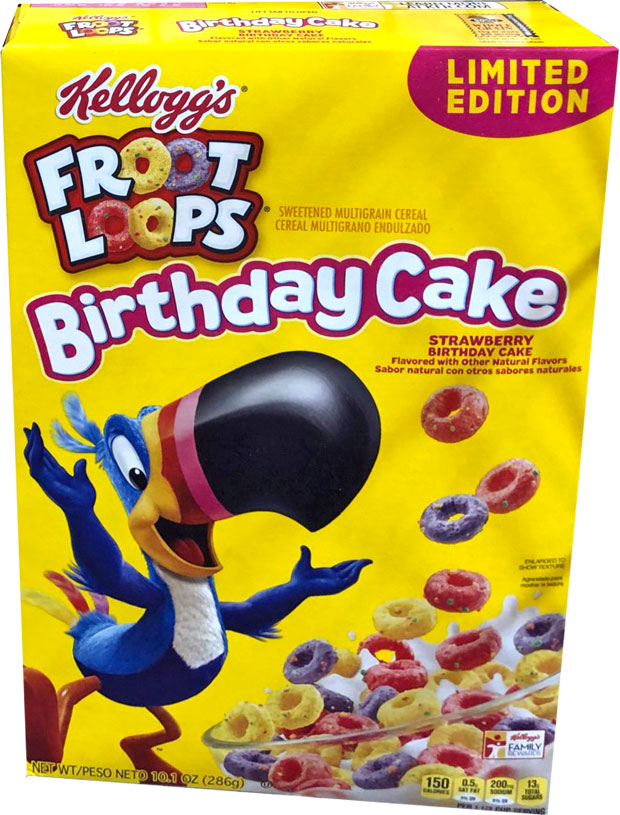 Upload an image for this cereal
Comments About This Cereal
What do you think of Birthday Cake Froot Loops?
By Really?!