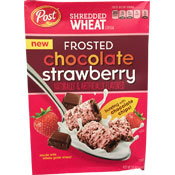 
This cereal is described on the front of the box as a "shredded wheat cereal" that is "made with whole grain wheat" that is "naturally & artificially flavored" and "bursting with chocolate chips!"

It's described on the back of the introductory box like this:

"A tasty twist on the original. Kick off your day with new Post Shredded Wheat Chocolate Strawberry cereal! The wholesomeness of shredded wheat biscuits combined with delicious strawberry flavored frosting and a burst of chocolate goodness in the middle." 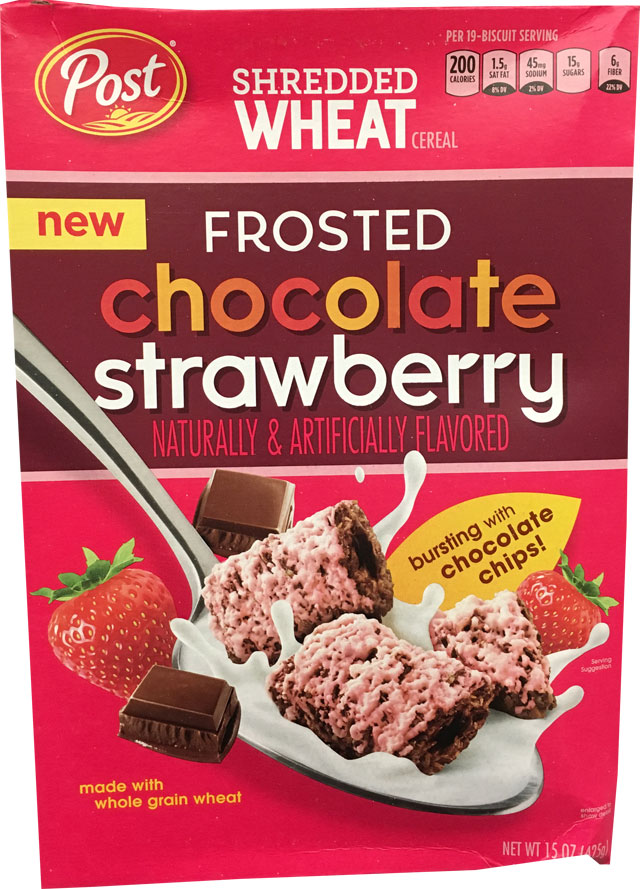 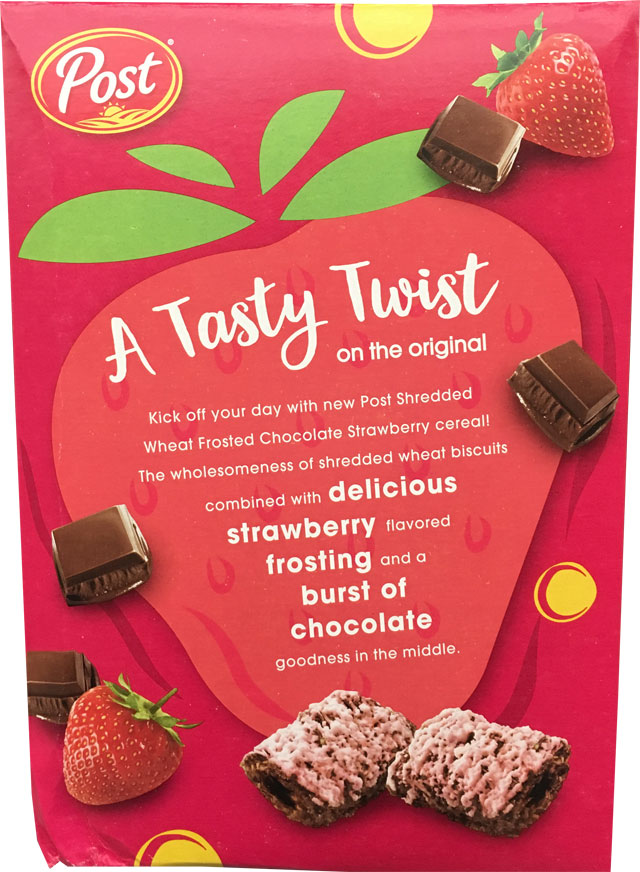 Around the same time this cereal appeared, Post also introduced Frosted Shredded Wheat Strawberry Cereal which was similar but had no chocolate in the middle and the shredded wheat was tan as opposed to chocolate brown.

Company Description: Founded by C.W. Post, the company began in 1895 in Battle Creek, Michigan under the name Postum Cereals. Their first product was a coffee substitute called Postum. The first breakfast cereal to come from the company was Grape-Nuts in 1897... Read on and see all cereals from Post
This cereal belongs to the following Mr Breakfast Cereal Families:
Upload an image for this cereal
Comments About This Cereal
What do you think of Frosted Shredded Wheat: Chocolate Strawberry?

I absolutely love this cereal. I can't find it anywhere, anymore. I would purchase online if I had to.

I can't find this cereal locally anymore. I would like to find a store somewhere, anywhere, even three hours away if I have to. Or can I buy it directly? Even if I have buy a case! I spoke with the manager of our local Lowe's in Brackettville, Tx 78832 and she said to contact them and get the UPC code and she would try and order it for me. But she has to have that code, her system only looks up codes not names.