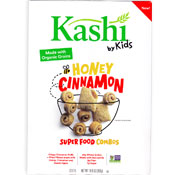 The back of the introductory box shows 5 kids known as the Kashi Crew who seem to be the "kids" in the "Kasha by Kids" label. A description reads, "We are the co-creators of this awesome cereal! We mixed tasty & nutritious super food ingredients into fun combos of shapes and flavors!" 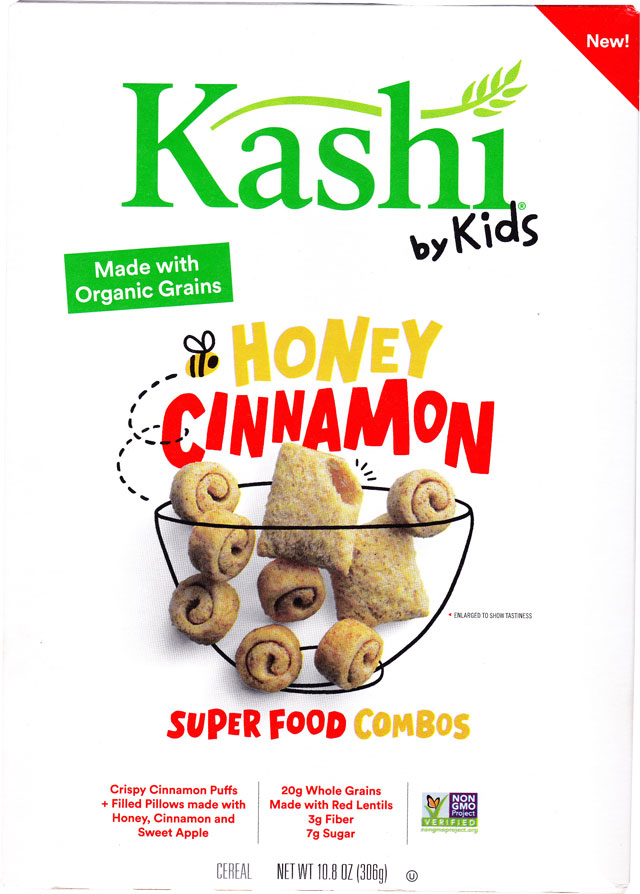 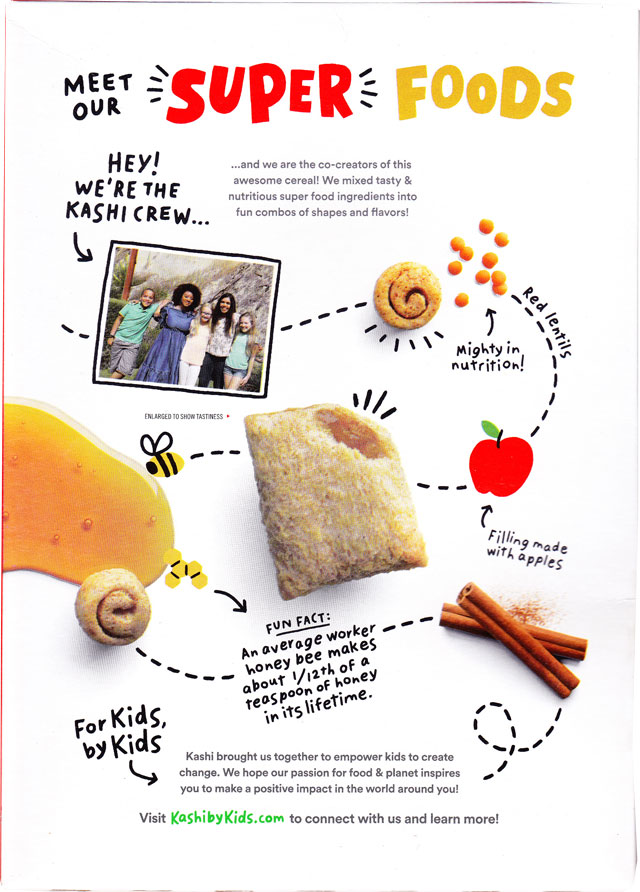 Click here to read the review.
Upload an image for this cereal
Comments About This Cereal
What do you think of Honey Cinnamon Super Food Combos?
There are no comments yet for this cereal. Be the first! Was it good? Was it bad?
Do you have information not included in the article? Let the world know!