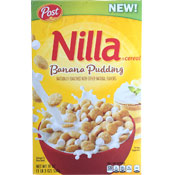 
This cereal is based on Nilla Wafer cookies. The main tan-colored cereal pieces are shaped like small versions of the cookie. The cereal also includes a generous amount of white marshmallows. The banana pudding flavor is an ode to the fact that Nilla Wafers are an integral ingredient in banana pudding made in the southern USA. (You can see a version of that dessert on the cereal box behind the main image of a bowl of the cereal.)

The back of the introductory box of Nilla Banana Pudding Cereal describes itself like this:

"It's not a dream... It's Post Nilla Banana Pudding Cereal. It can't be real... but it is! Your favorite dessert, now in your cereal bowl. Nilla Wafers with banana flavor and marshmallows come together in an unbelievably delicious breakfast combination. There's nothing quite like it, even in your dreams. But it's not a dream." 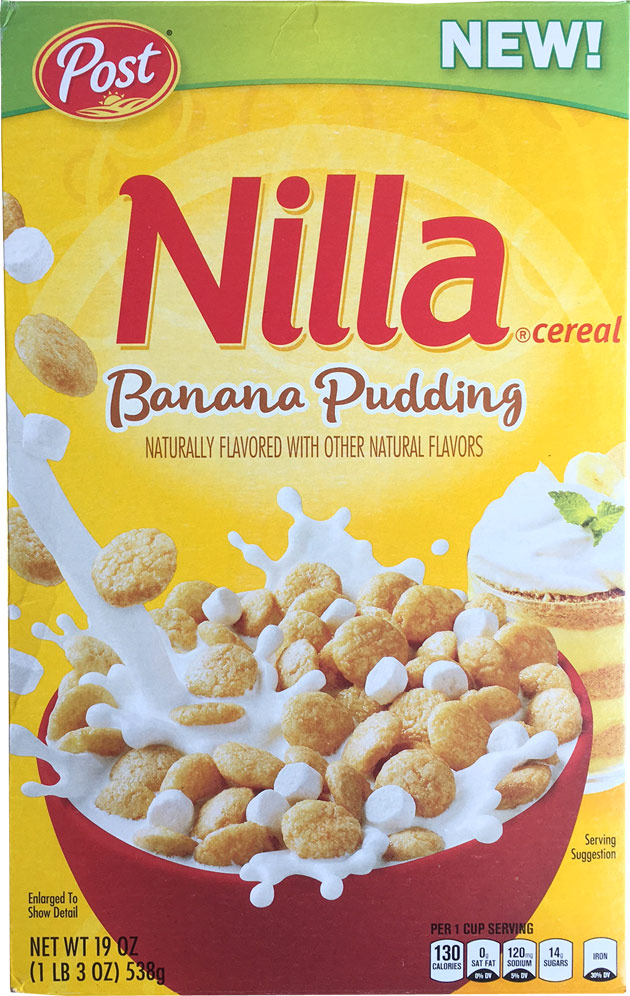 Interesting notes: Nilla Wafers were first sold in 1967. The name "Nilla" is a shortened version of the word "vanilla". 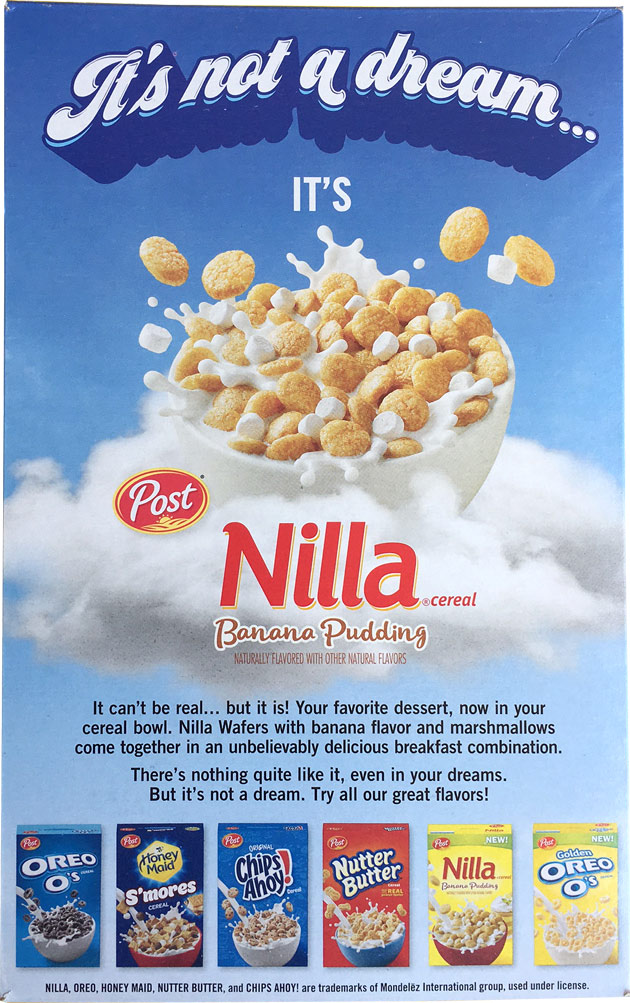 Nilla Banana Pudding Cereal has been reviewed on MrBreakfast.com.

Click here to read the review.
This cereal belongs to the following Mr Breakfast Cereal Families:
Upload an image for this cereal
Comments About This Cereal
What do you think of Nilla Banana Pudding?
There are no comments yet for this cereal. Be the first! Was it good? Was it bad?
Do you have information not included in the article? Let the world know!