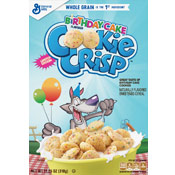 
This limited edition cereal is described on the front of the box as a "naturally flavored sweetened cereal" with the "great taste of birthday cake cookies." Cookie Crisp mascot Chip The Wolf Dog is shown on the front digging into the cereal while holding 2 balloons and wearing a party hat.

The cereal pieces are tan wafers covered in colorful sprinkles. This cereal looks remarkably similar to a General Mills cereal that was introduced in 2009 called Sprinkles Cookie Crisp. 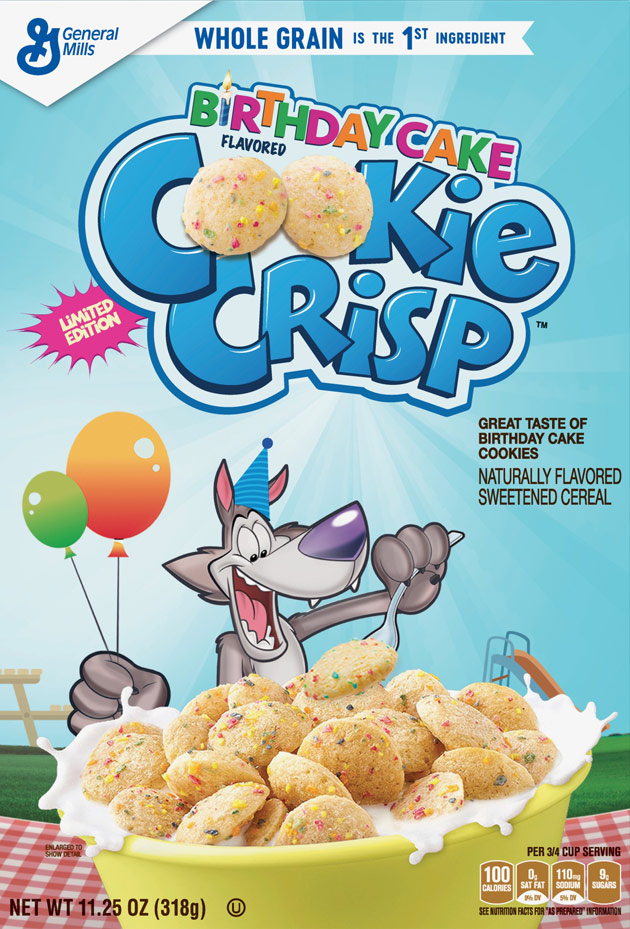 Upload an image for this cereal
Comments About This Cereal
What do you think of Birthday Cake Cookie Crisp?
There are no comments yet for this cereal. Be the first! Was it good? Was it bad?
Do you have information not included in the article? Let the world know!