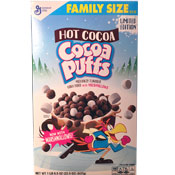 The back of the box suggested that Hot Cocoa Cocoa Puffs was "the coolest way to go cuckoo for hot cocoa". It featured a match-the-ice-sculpture game and match-the-mug game. 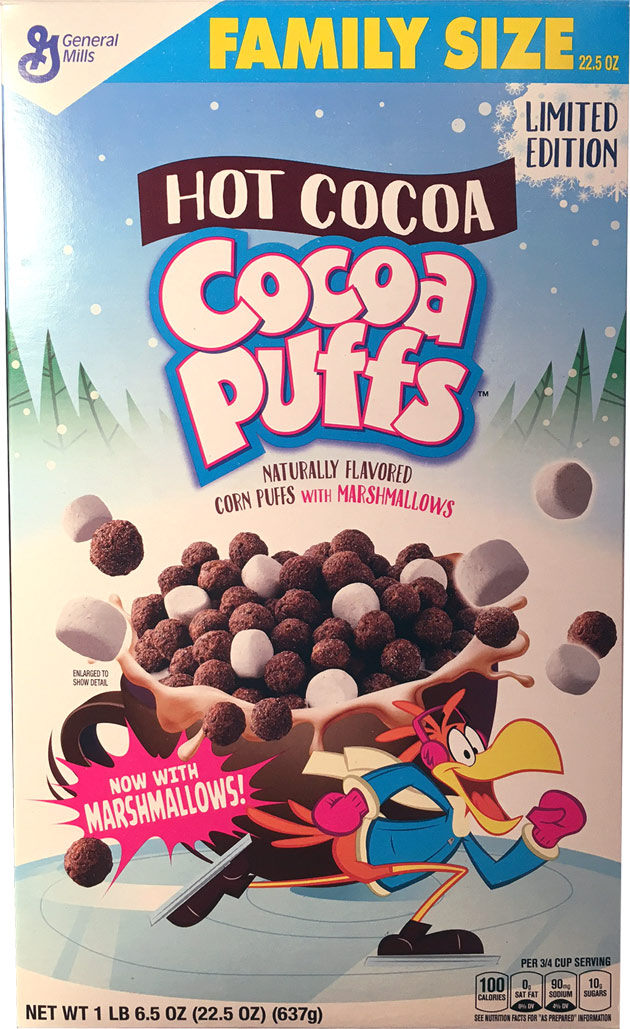 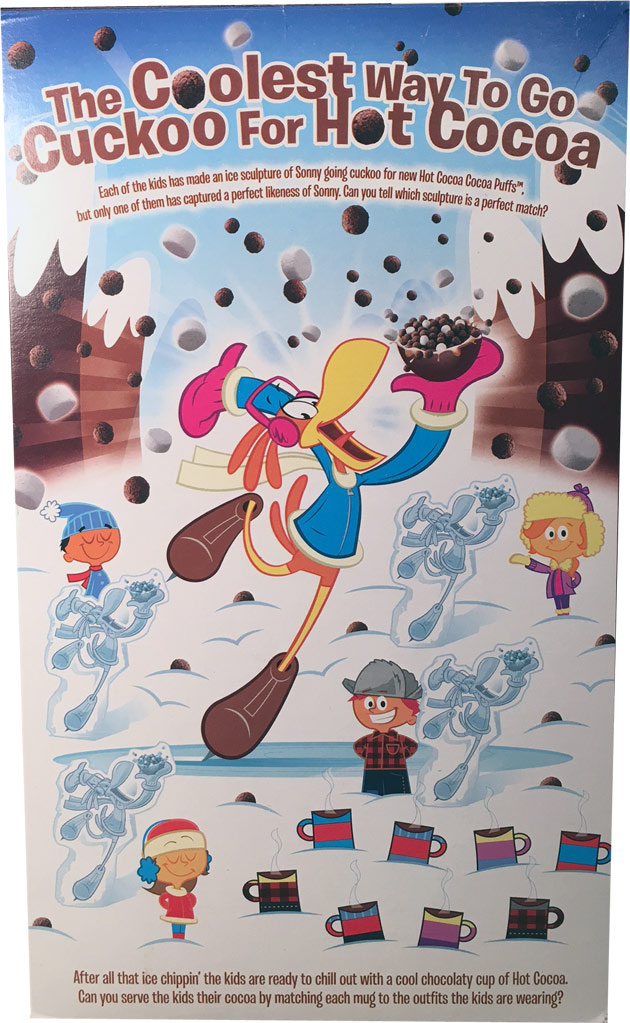 Company Description: Officially created in 1928, General Mills traces it's history back to the 1860's and the ownership of two flour mills. Since then, the company has become the world's 6th largest food company - marketing to over 100 countries... Read on and see all cereals from General Mills
This cereal belongs to the following Mr Breakfast Cereal Families:
Upload an image for this cereal
Comments About This Cereal
What do you think of Hot Cocoa Cocoa Puffs?
There are no comments yet for this cereal. Be the first! Was it good? Was it bad?
Do you have information not included in the article? Let the world know!