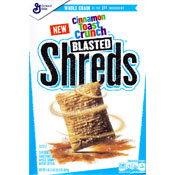 The box seems to make the bold claim: "All we need to do is show you one piece of this cereal to make you want to try it."

Text on the back of the box has this actual claim: "BOOM. We did it. We brought EPIC FLAVOR to old school shredded wheat." 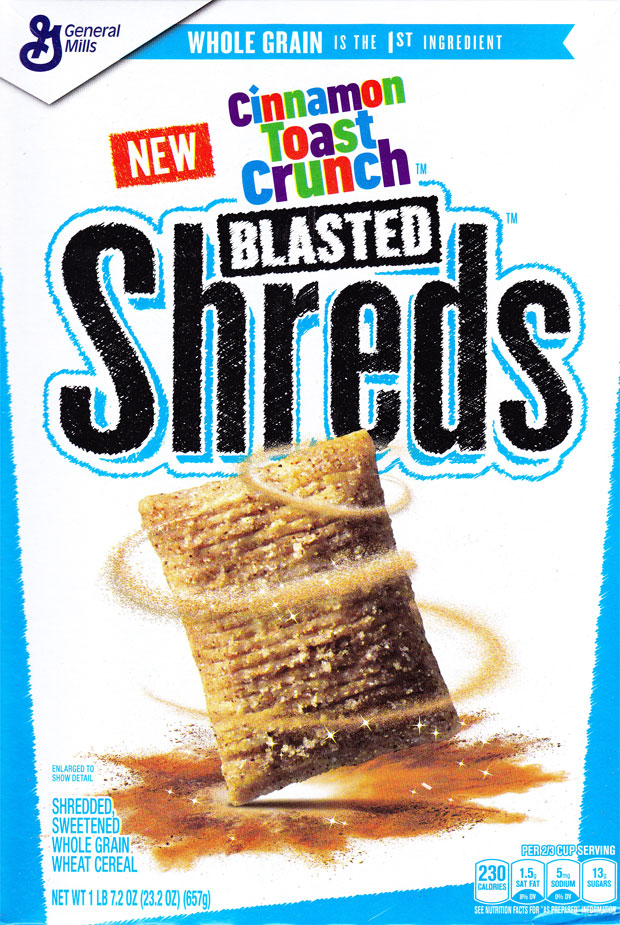 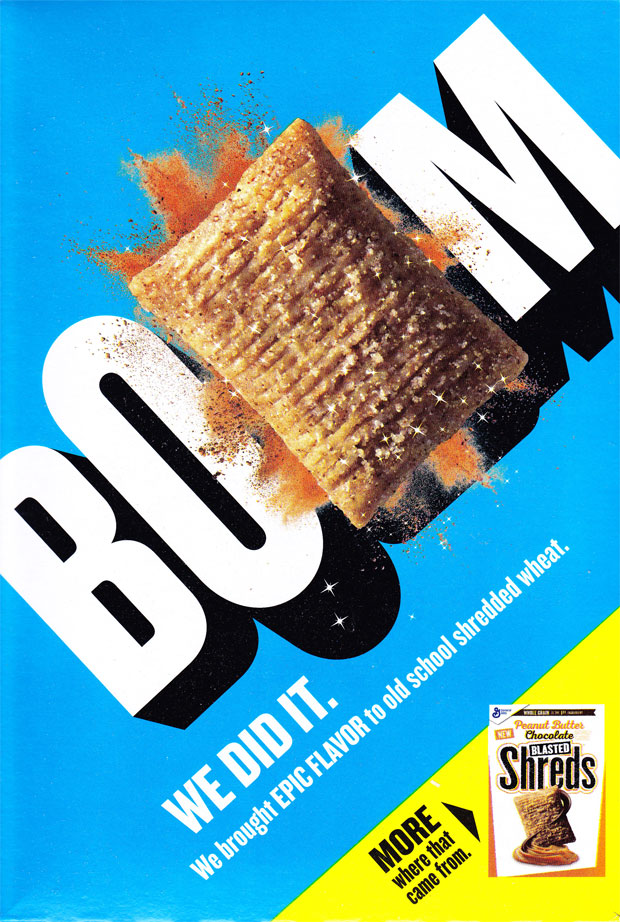 Click here to read the review.
Upload an image for this cereal
Comments About This Cereal
What do you think of Blasted Shreds: Cinnamon Toast Crunch?

Wish I could still buy it.

My absolute favorite is Cinnamon/Sugar Shreds.