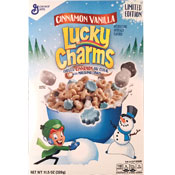 The back of the introductory box has an activity panel titled "Lucky's Magical Winter Fun" with two snowmen-related games and a snowman riddle. (SPOILER: If snowmen can't take baths, how do they keep clean? The answer is Snow Showers.) 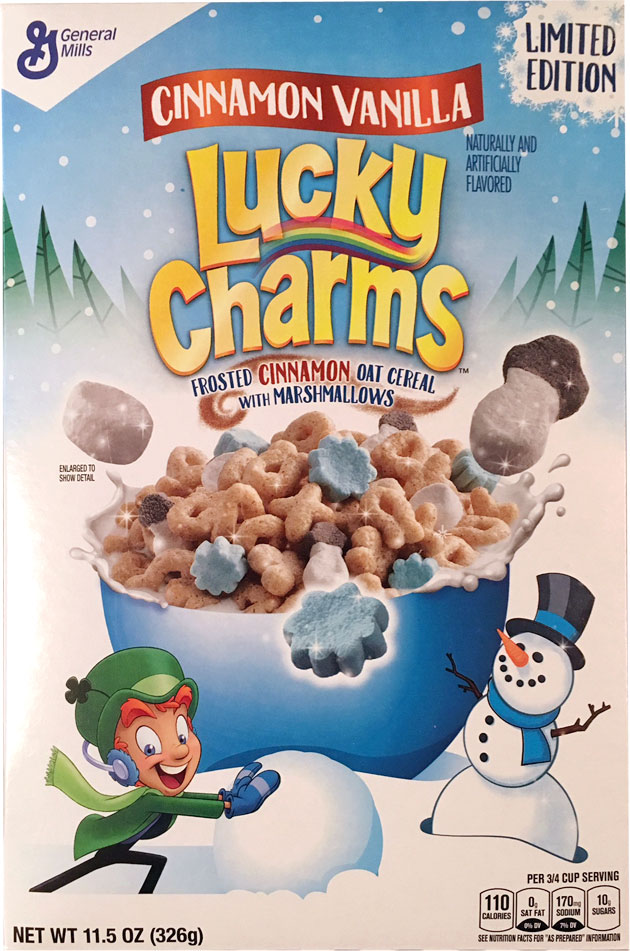 Short Review By Mr Breakfast: Cinnamon Vanilla Lucky Charms has a good flavor but it's not much different than original Lucky Charms. You get wisps of vanilla and cinnamon but the overriding flavor is the sweet sugar flavor from the marshmallows. It's fun to see Lucky Charms have some holiday spirit but that where the excitement factor for this cereal ends. Original Lucky Charms is better. 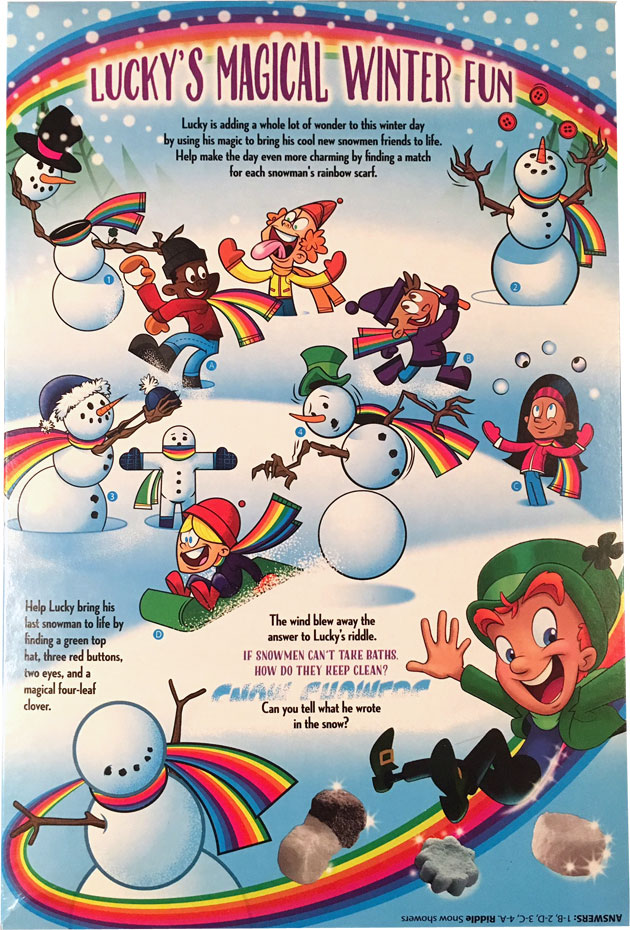 Click here to see all cereals from General Mills.
This cereal belongs to the following Mr Breakfast Cereal Families:
Upload an image for this cereal
Comments About This Cereal
What do you think of Cinnamon Vanilla Lucky Charms?

I love this cereal, definitely has a leg up on regular Lucky Charms. Back to my boring organic, gmo-free cereal until next year!

I tried this cereal recently and it may be my favorite ever! Have to go to Walmart now and pick up the last 7 boxes they have.