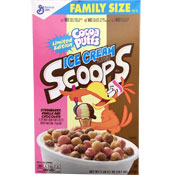 
This limited edition cereal, introduced in the summer of 2017, is described on the box as "strawberry, vanilla and chocolate flavored corn puffs with other natural flavors." The introductory box featured the Cocoa Puffs mascot, Sonny the Cuckoo Bird, in a pink and white cap scooping Neapolitan ice cream onto a cone.

The side of that box noted the the cereal had "no artificial flavors or colors from artificial sources" and "no high fructose corn syrup" and that it had "whole grain as the fist ingredient." 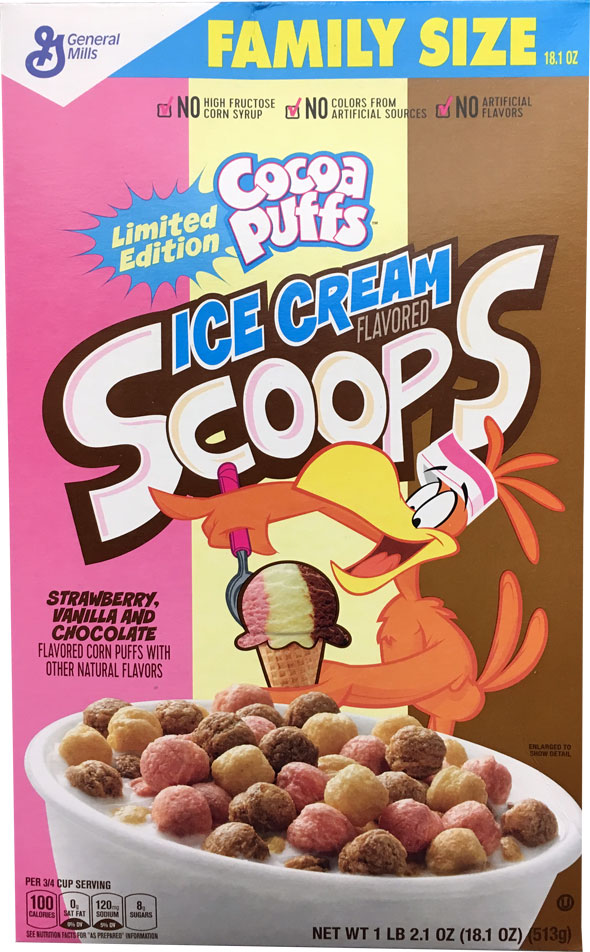 The back of the introductory box had a cartoon panel titled, "The Coolest Moments in Ice Cereal History," which tracked the invention of ice cream to the invention of Cocoa Puffs Ice Cream Scoops cereal. 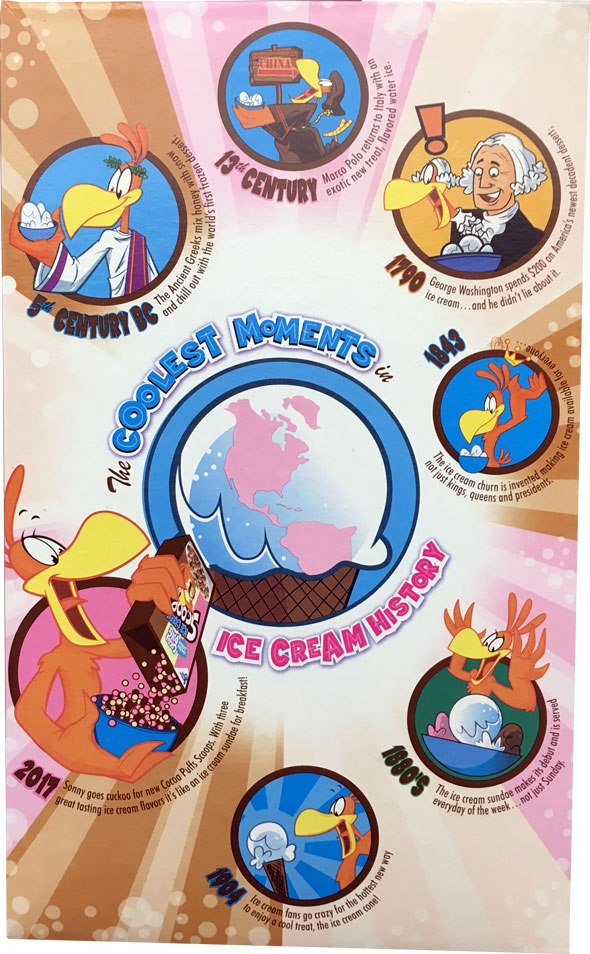 Above, you can see how the cereal box looked when Cocoa Puffs Ice Cream Scoops was introduced in 2017. Below is how it looked in 2018. 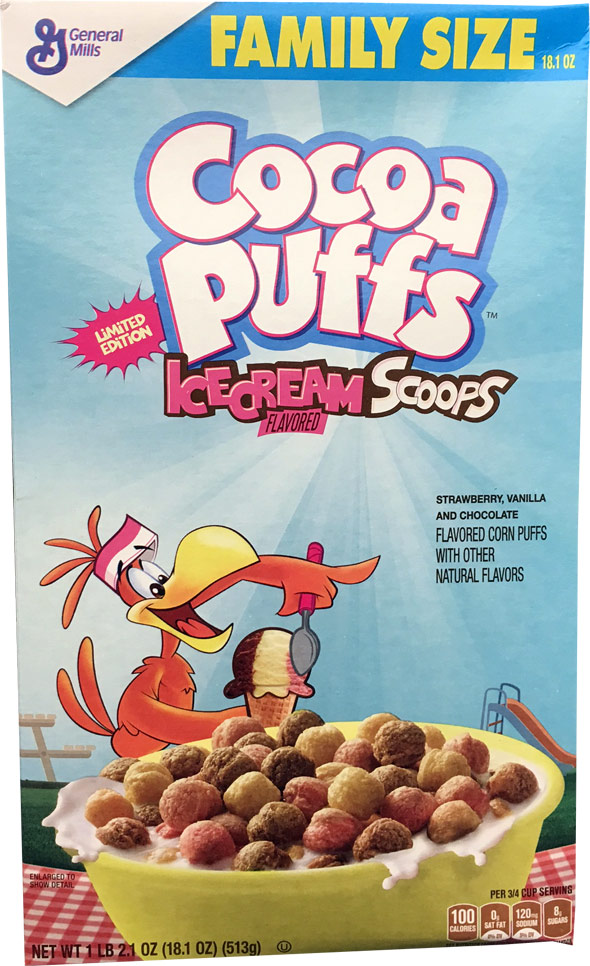 Click here to see all cereals from General Mills.
This cereal belongs to the following Mr Breakfast Cereal Families:
Upload an image for this cereal
Comments About This Cereal
What do you think of Cocoa Puffs Ice Cream Scoops?

This was okay for just a bowl or two. Not great though. Doubt that I would purchase it again.