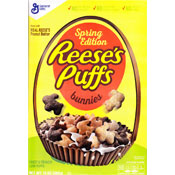 
The complete name of this cereal was Spring Edition Reese's Puffs Bunnies. It appeared in stores shortly before Easter in 2017. It was essentially Reese's Puffs cereal extruded into the shape of bunnies. It was described on the box as "sweet & crunchy corn puffs" that were "made with real Reese's Peanut Butter."

The back of the box had an activity panel titled "Join The Hunt For More Delicious Cocoa & Peanut Butter." It depicted a wacky Easter egg hunt with different colored bunnies and eggs hidden throughout. 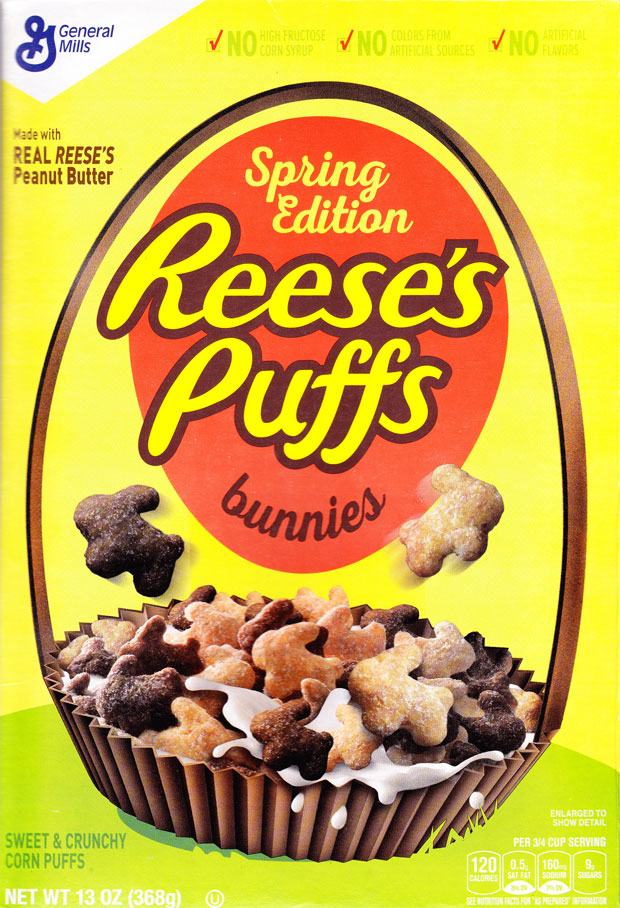 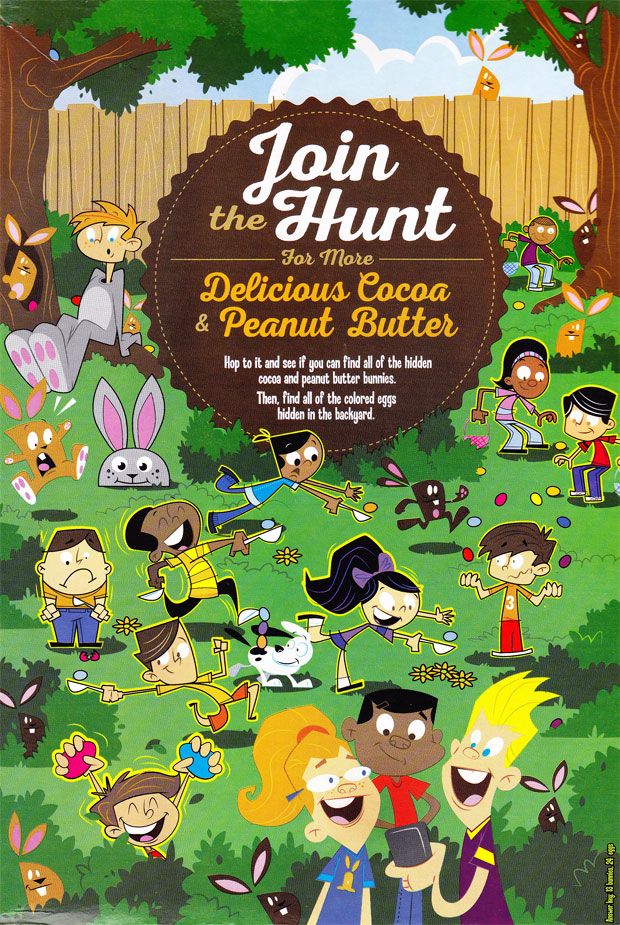 Upload an image for this cereal
Comments About This Cereal
What do you think of Reese's Puffs Bunnies?
There are no comments yet for this cereal. Be the first! Was it good? Was it bad?
Do you have information not included in the article? Let the world know!