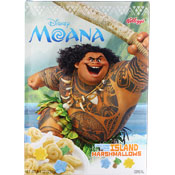 
The complete name of this cereal is Kellogg's Disney Moana cereal. It's described on the front (and back) of the box as a "sweetened cereal with island marshmallows." The main cereal pieces are round, tan swirls (reminiscent of Kellogg's Mini Swirls, Cinnabon and Mini Buns cereals) and the island marshmallows are in the shapes of stars, palm trees and suns.

The cereal is tie-in for the 2016 animated film Moana. One side of the box features the film's lead character Moana and her pet pig Pua, while the other side features the character Maui. 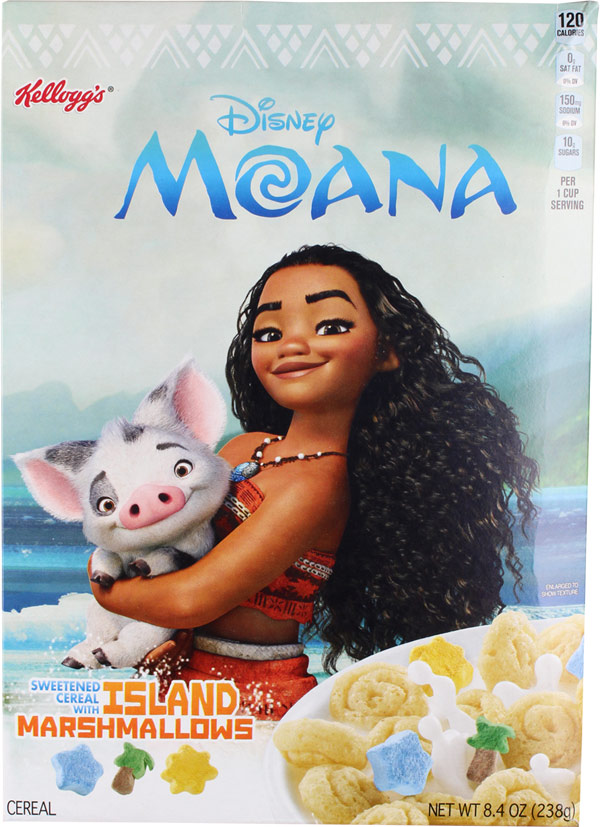 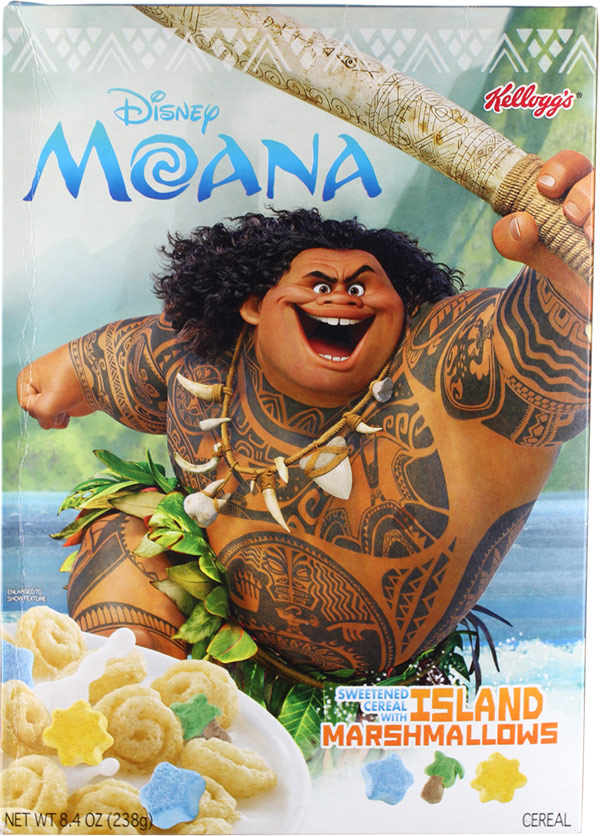 Short Review By Mr Breakfast: Moana Cereal offers nothing new in terms of flavor or texture. The box doesn't indicate any flavor except for "sweetened." It tastes a little like Lucky Charms but somehow a lot less fun. It stays crunchy in milk for about 3 minutes. This cereal represents a huge missed opportunity. It's an island themed cereal. That could have meant island themed flavors: coconut, banana, etc. The flavor they settled on was sugar. It's boring.

Now Showing: Moana Movie Trailer
Upload an image for this cereal
Comments About This Cereal
What do you think of Moana?
There are no comments yet for this cereal. Be the first! Was it good? Was it bad?
Do you have information not included in the article? Let the world know!