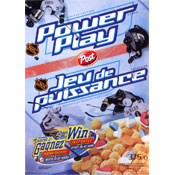 
This limited-edition, hockey-themed cereal was primarily available in Canada and is easily identifiable as such because the name of the cereal was prominently displayed in both English and French. The main cereal pieces were round balls made with oats, corn and wheat. The marshmallows were shaped like ice skates, hockey sticks and hockey pucks.

The box we have features the following hockey players (if we've identified them correctly): Chris Simon, Peter Bondra, Ulf Dahlen and Andrew Ference. The back of the box has a a promotion for an online sweepstakes to "Win Instantly... 1 of 3 Ultimate NHL Rec Rooms." 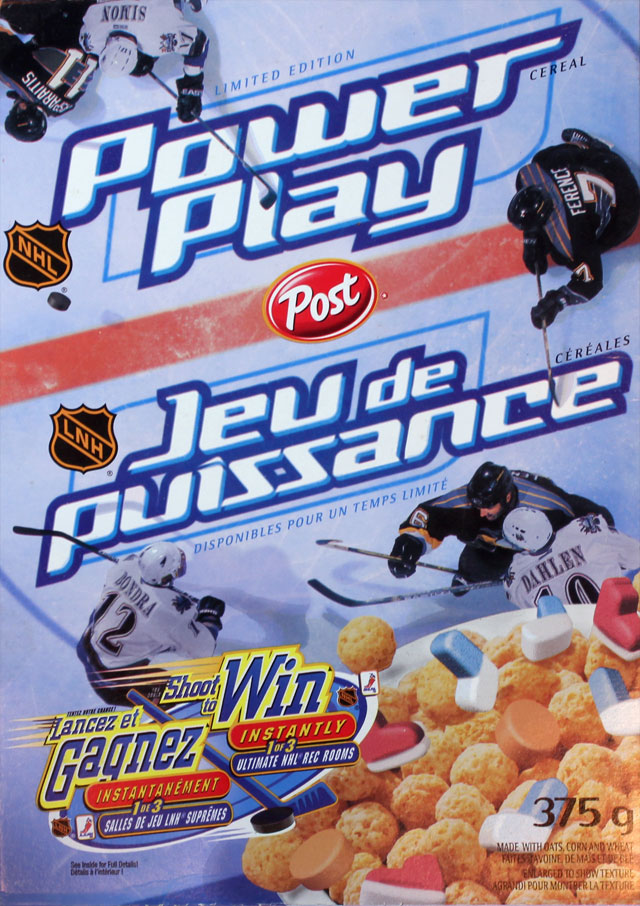 The first three ingredients listed on the nutrition panel were sugar, oat flour and dehydrated marshmallows. 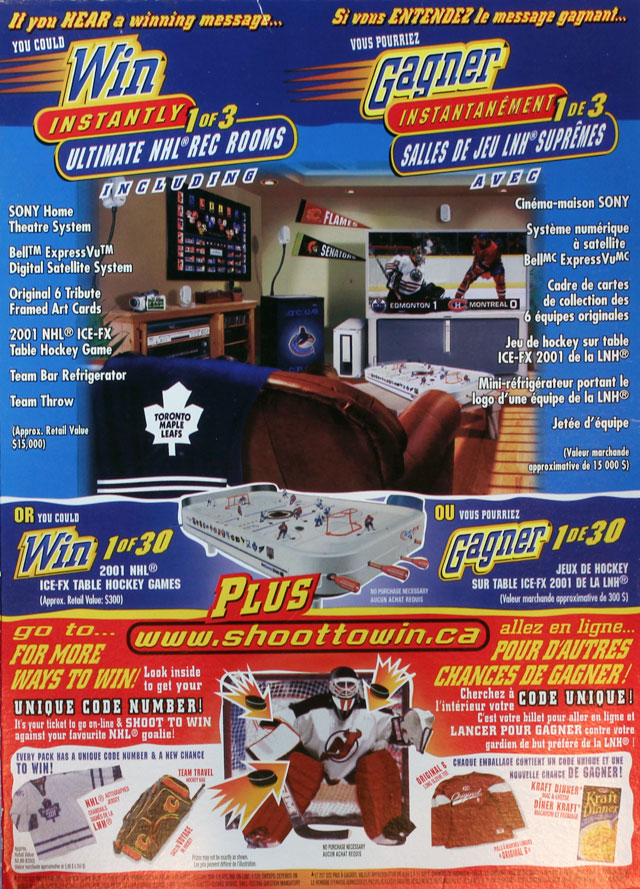 For another Hockey-themed cereal, check out Pro Stars Cereal which was introduced by General Mills in 1984.

Special Note: We don't often include Canadian cereals in our database of every U.S. cereal ever made. However, this box was sent to us anonymously (along with several others). It was an amazing gesture that I still can't believe. We've decided to include it because of that and the fact that it's a cool looking cereal with a hockey theme I know some will appreciate.


Click here to see all cereals from Post.
This cereal belongs to the following Mr Breakfast Cereal Families:
Upload an image for this cereal
Comments About This Cereal
What do you think of Power Play?
There are no comments yet for this cereal. Be the first! Was it good? Was it bad?
Do you have information not included in the article? Let the world know!